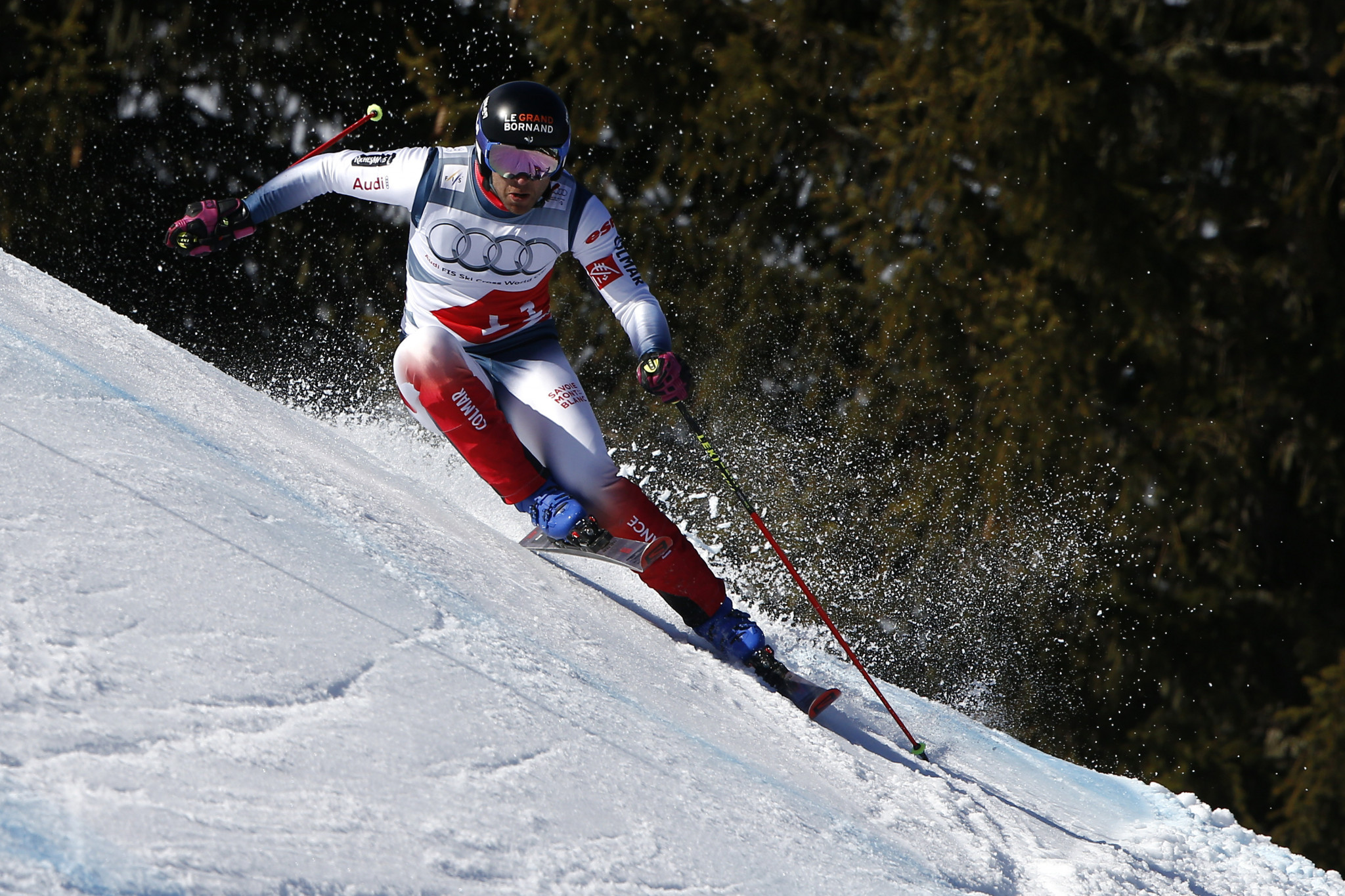 In a time of 59.04 seconds, she finished nearly a second ahead of second seed Marielle Thompson of Canada, who twice won bronze in the double-header in Idre Fjäll in Sweden in the last round.

Germany’s Daniela Maier seems to be in her best form since Christmas, taking third ahead of Switzerland’s Fanny Smith, who traded wins with Näslund in Sweden.

All four will not meet until the finals but will face the rest of the top eight in the semi-finals.

France’s Bastien Midol topped the qualification times for the first time since February 2019, giving him the top seed in the men’s event.

With a strong start, Midol consolidated his position, finishing first in 56.92 ahead of Canadian World Cup leader Kevin Drury, who started poorly - being saved by a strong second half to finish 0.18 seconds behind the Frenchman.

Alex Fiva gave himself a great chance of making the podium after qualifying third in the men’s event, matching his podium position from earlier in the season in Arosa in his home nation of Switzerland.

Swiss teammate Berry Joos was consistent in fourth to wrap up the top spots.

Midol could face his older brother, Jonathan, in the semi-finals after he qualified fifth ahead of the fast-finishing German Florian Wilmsmann in sixth.

France’s Terence Tchiknavorian was the fastest starter, but his pace slowed to finish seventh - his second-best result of the season - ahead of Canada’s Brady Leman.

Two champions last time out in Idre Fjäll, Switzerland’s Ryan Regez and Germany’s Daniel Bohnacker, struggled to find the front pace, only qualifying 26th and 28th out of 51 finishers.

The brackets will begin tomorrow, with the finals later the same day.