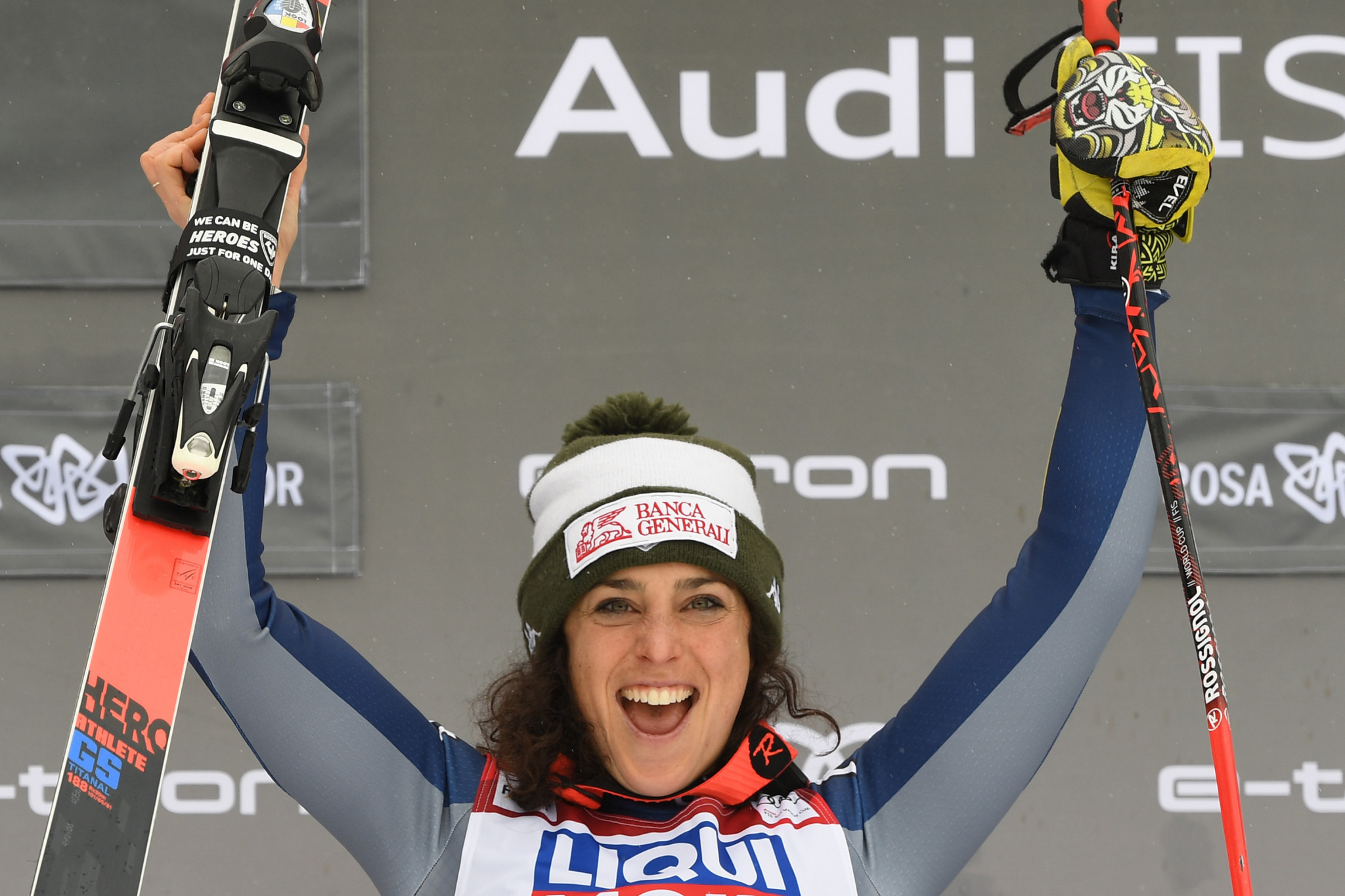 With the weekend being heavily disrupted by snowfall that led to the rescheduling of the women’s downhill, the super-G went ahead and Brignone has now won in three separate disciplines this season.

With two wins in the giant slalom and the Alpine combined, she has also finished in silver position three times and once in third, taking her to second in the overall World Cup standings.

The Italian had previously medalled in the super-G, finishing second in St Moritz in December.

Italy would go one and two on the podium as Sofia Goggia made her second podium in the event 0.2 seconds behind the winner.

Joana Hählen, who made her first World Cup podium ever last time out in the downhill in Bansko in Bulgaria, matched her bronze medal there for a second consecutive week.

The Swiss skier held off compatriot and super-G leader before this weekend, Corinne Suter, to win in her first medal in the discipline.

With overall World Cup leader Mikaela Shiffrin of the United States absent from the event, Brignone closed the gap to the American to 270 points.

The women’s downhill race will instead be held in Garmisch-Partenkirchen in Germany in the next round on February 7.