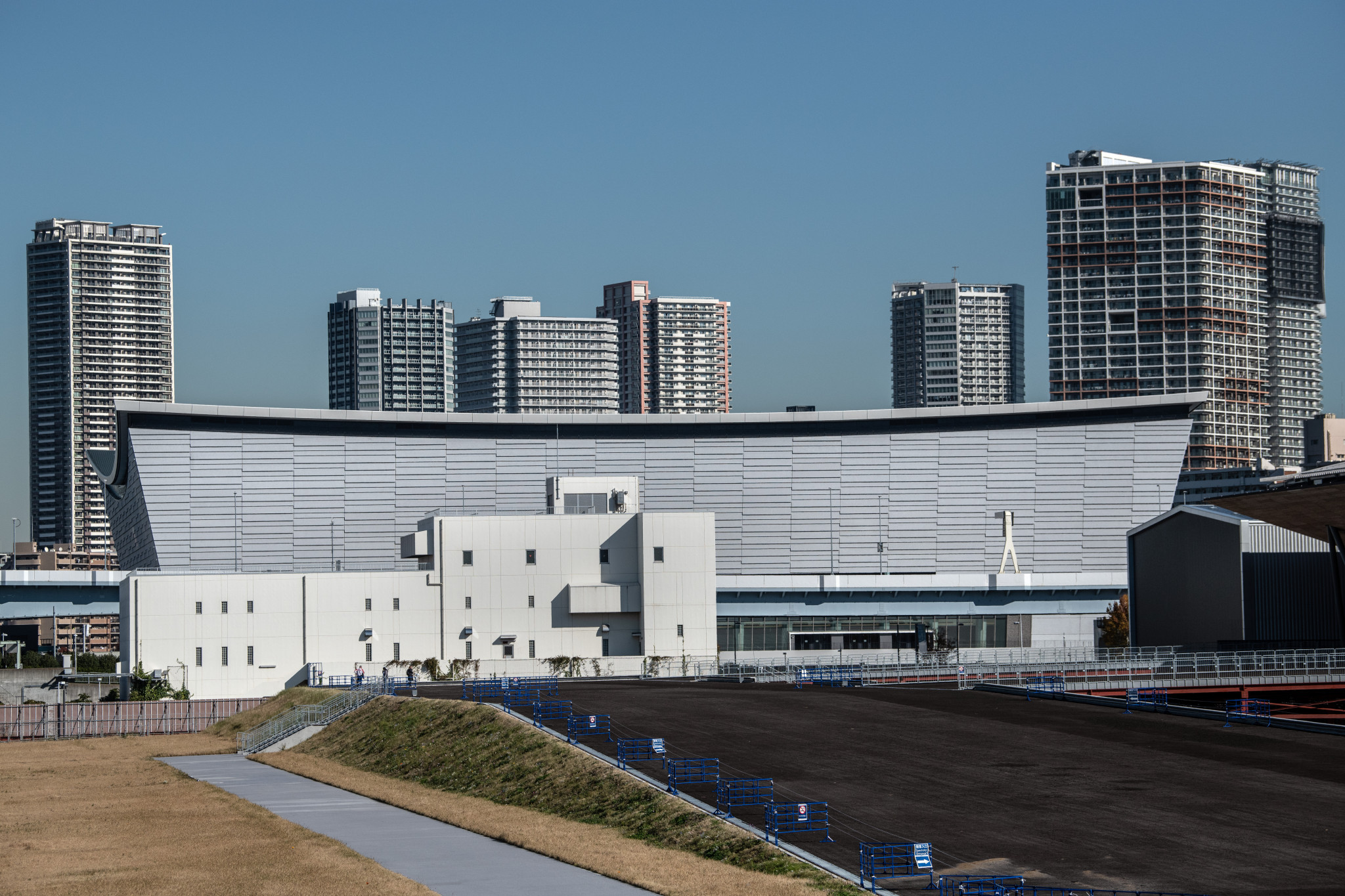 The Ariake Arena - a major new venue built for the Tokyo 2020 Olympics and Paralympics - was officially inaugurated today.

More than 3,000 people attended the event at the arena which was completed in December.

It will play host to volleyball at the Olympics with the men's and women's tournaments taking place over 16 days.

Wheelchair basketball is also due to be held there during the Paralympics, but the sport's place on the programme has been thrown into doubt due to a failure to comply with classification rules.

The International Paralympic Committee has given the sport until May 29 to implement an action plan, or it could lose its place in Tokyo.

Ariake Arena has a main arena and a "sub arena" and will have a capacity of 15,000 seats during the Games.

Its main feature is a concave roof which reduces the amount of indoor space, minimising the need for lighting and air conditioning.

Organisers have claimed that the building has an "iconic" design.

After the Games, it will become an entertainment hub for sport and culture under the operation of new company Tokyo Ariake Arena.

Tokyo 2020 said the venue is accessible to all, including the disabled and elderly.

Take a first glimpse of this venue for Volleyball 🏐 at the Olympic Games, and is also set to host Wheelchair Basketball 🏀 at the Paralympic Games.#Tokyo2020 🇯🇵 pic.twitter.com/Mm3DrPrvVJ

It has also been designed with guide dog users and parents with young children in mind.

Wheelchair-accessible seats have been placed in areas with enough height difference for disabled fans to see, even if someone stands up in front of them.

Environmentally-friendly measures have also been used, including solar panels and geothermal heat equipment in a bid to reduce the building's carbon footprint.

The inauguration finished with a Japanese pop concert, with local residents then allowed to explore the venue.

Tokyo Aquatics Centre is now the only permanent venue for the Games which is yet to be finished.

Organisers said it will be delivered this month.