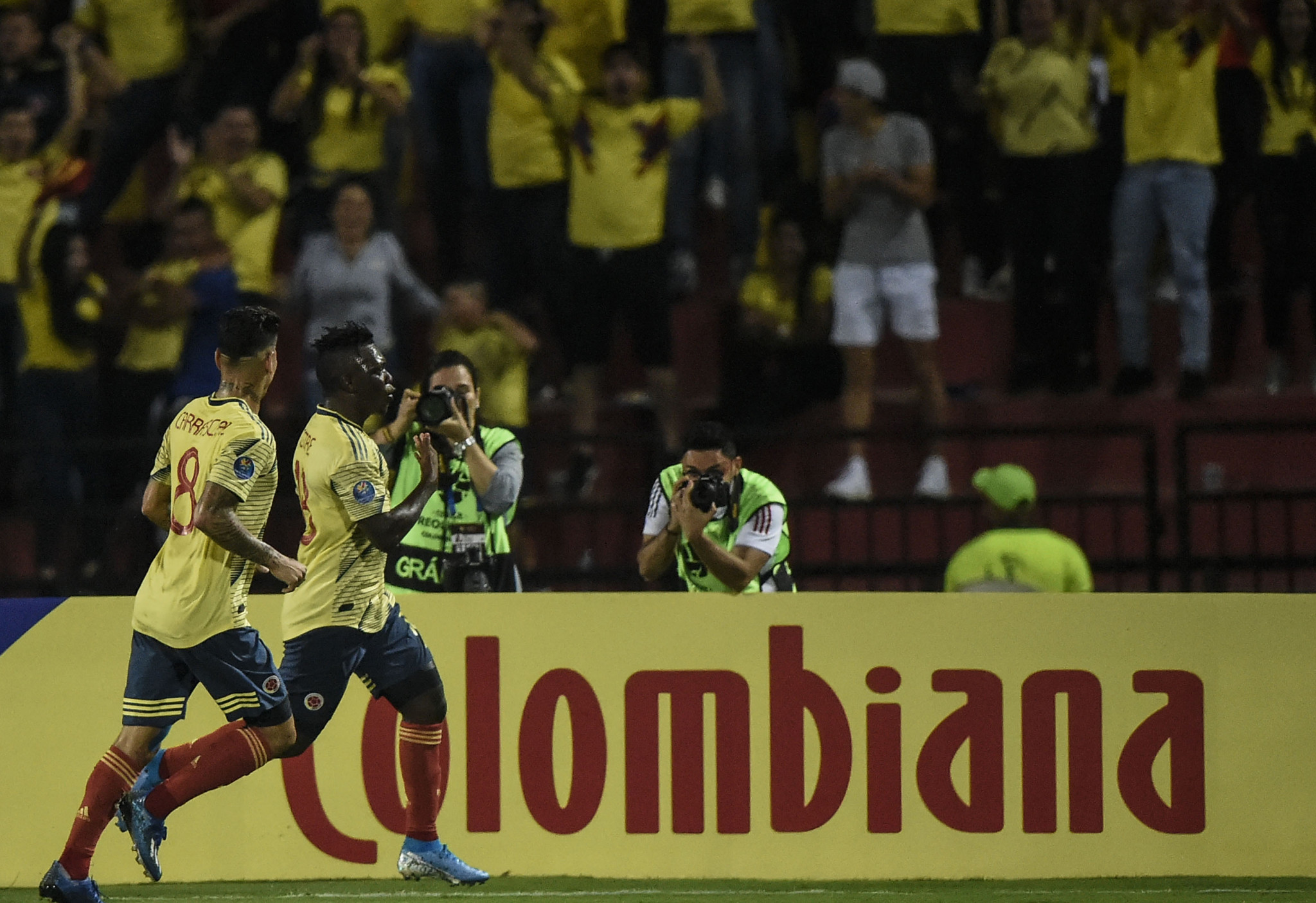 Rio 2016 gold medallists Brazil were held to a 1-1 draw by hosts Colombia as the final stage of the South American Football Confederation Pre-Olympic Tournament began.

The reigning Olympic champions had to come from behind to snatch a point as the race for a spot in the men's tournament at Tokyo 2020 reached a key stage.

In the other game today, Argentina took a big step towards the Games by defeating Uruguay 3-2.

All four teams contesting the final stage are playing in a round-robin after coming through the initial group phase.

The top two at the end will qualify for Tokyo 2020.

Brazil, whose gold at Rio 2016 after a penalty shoot-out win over Germany was one of the moments of their home Games, fell behind after 27 minutes at Estadio Alfonso López in Bucaramanga.

In front of a lively home crowd, Brazil drew level on 71 minutes when Matheus Cunha drilled home his third goal of the tournament with a fierce low finish from outside the area.

Argentina, the 2004 and 2008 Olympic champions, raced into a 3-0 lead against Uruguay who only qualified for the final stage on goal difference after Bolivia conceded a 96th-minute goal to Peru.

Alexis Mac Allister opened the scoring with an 18th-minute free kick which was poorly fumbled in by Uruguay keeper Ignacio de Arruabarrena at the near post.

Fausto Vera volleyed home a superb second from outside the area after 39 minutes and Mac Allister grabbed his second 10 minutes after the restart.

The Brighton & Hove Albion midfielder, who has Scottish heritage and is on loan at Boca Juniors, beautifully curled the ball around De Arruabarrena from range and is now the tournament's leading scorer with four goals.

Uruguay, the 1924 and 1928 Olympic champions, were able to make the game interesting in the 67th minute when Juan Ramirez latched onto a bouncing pass from Agustin Oliveros, rounded keeper Facundo Cambeses and tapped home.

Matias Arezo then glanced home a header in the third minute of stoppage time but there was no time for an equaliser.

Argentina will now play Colombia in the second round of final stage matches on Thursday (February 6).

A victory will be enough to qualify for Tokyo 2020.

On the same day, Brazil will clash with Uruguay.