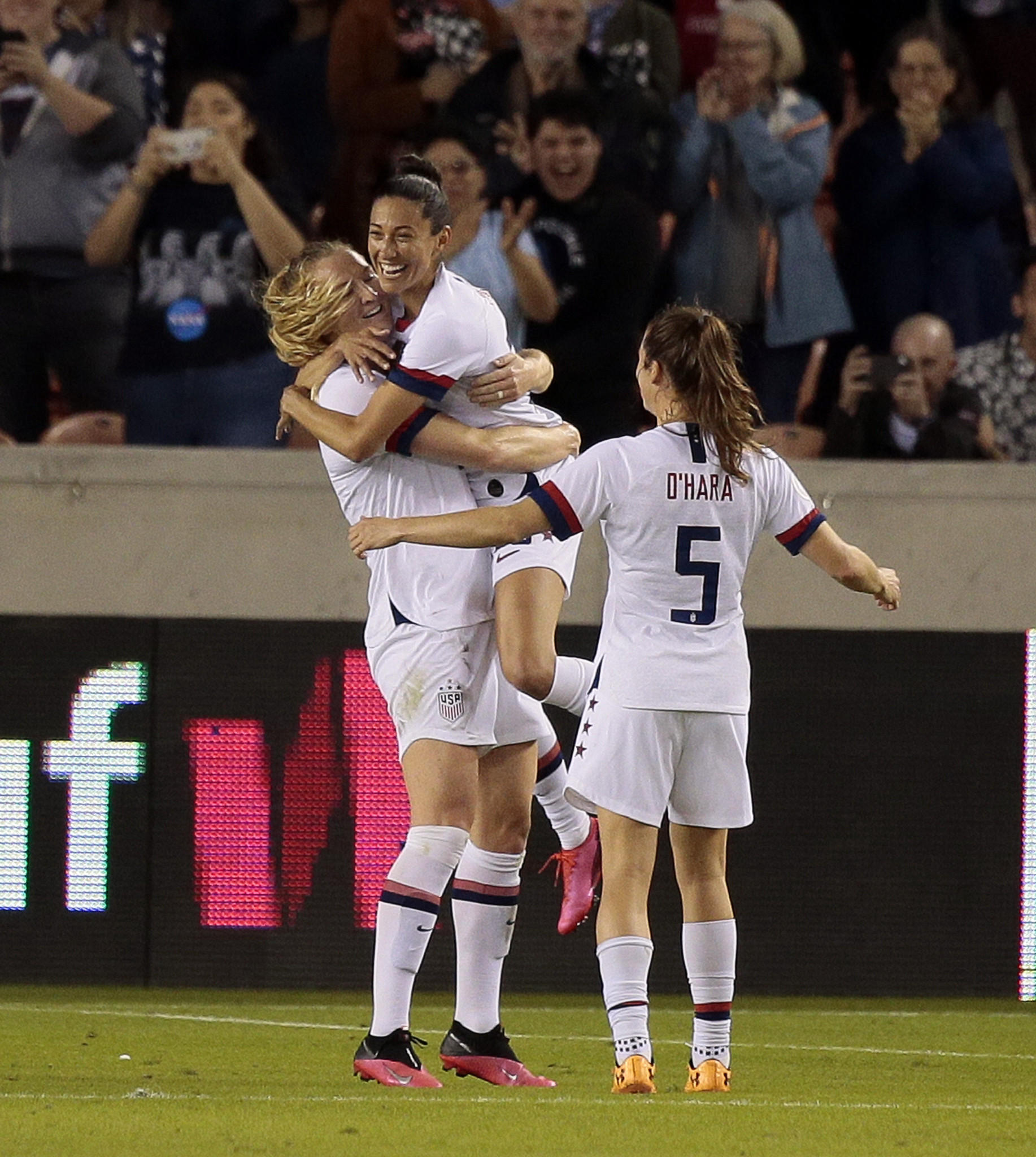 Both sides had already booked their place in the semi-finals of the tournament, which will qualify two countries for Tokyo 2020.

Today's clash to decide the group winners at BBVA Stadium in Houston was a one-sided affair, with Christen Press curling home the first goal after just four minutes.

Lindsey Horan slotted home her sixth goal of the tournament after 10 minutes and it was 3-0 when Press rifled home a 36th minute finish.

Press then turned provider on 63 minutes when her free-kick was headed home by Sam Mewis.

Jess McDonald nodded home the fifth with 77 minutes on the clock and Mewis scored another header with eight minutes left to complete the scoring.

The US, who have won four Olympic gold medals, end the group stage after scoring 18 times and not conceding.

They beat Haiti 4-0 in their first game and then thrashed Panama 8-0.

In today's other Group A game, Haiti recorded a 6-0 win of their own against Panama in a dead-rubber between two already eliminated sides.

A superb left-footed finish from Saint Felix made it 3-0 after 29 minutes and Melchie Dumonay registered with another fantastic strike two minutes after half-time.

Batcheba Louis rounded the keeper for the fifth shortly before the hour mark and Mondesir's second six minutes from the end added further gloss.

Group B will conclude tomorrow with Canada meeting Mexico to decide who finishes top.

Both sides have already reached the semi-finals but will be keen to win the group to avoid a meeting with the US, the reigning World Cup champions, in the last four.

A draw would favour Canada who have a better goal difference after scoring 20 times without reply in their two matches so far.

Eliminated Jamaica and Saint Kitts and Nevis will also meet tomorrow in a dead-rubber.

Both semi-final winners will qualify for Tokyo 2020.