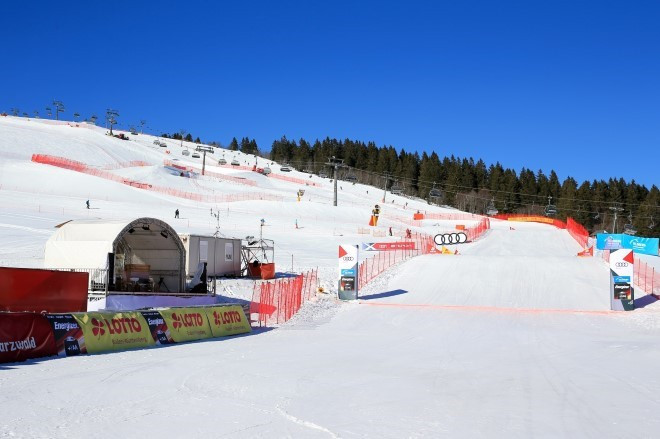 Organisers have announced the International Ski Federation (FIS) Ski Cross World Cup event in Feldberg has been cancelled due to a lack of snow.

The FIS said Hochschwarzwald Tourismus, the German Skiing Association and Organising Committee had tried everything possible to host competition.

The event would have seen back-to-back ski cross competitions held from Friday (February 7) to Sunday (February 9).

Organisers said the high temperatures in the region did not allow for natural snowfall, nor for snow production.

With warm weather forecast for the upcoming days, a decision was taken between the Organising Committee, the German Skiing Association and FIS to cancel the scheduled World Cup events.

“In the past we had super-exciting competitions in front of an amazing crowd, which lead to a great marketing effect thanks to the live television figures and the outstanding media reach.

“We hope to have better weather conditions again next year, where we are aiming to continue the great success of the event and to present great World Cup requirements to the athletes and the fans of winter sports.

“I especially want to thank all the volunteers who have been working so hard for months in preparation of this event.”

The resort in Feldberg is currently open to tourists and can be used for recreational skiing, with snowfall of around 20 centimetres present.

The snowfall, however, was not enough to build a World Cup ski cross course.

It is the first time that the Feldberg events have had to be cancelled due to a lack of snow, with four events having previously been staged at the venue.

The World Cup will resume at Sunny Valley in Russia on February 22.