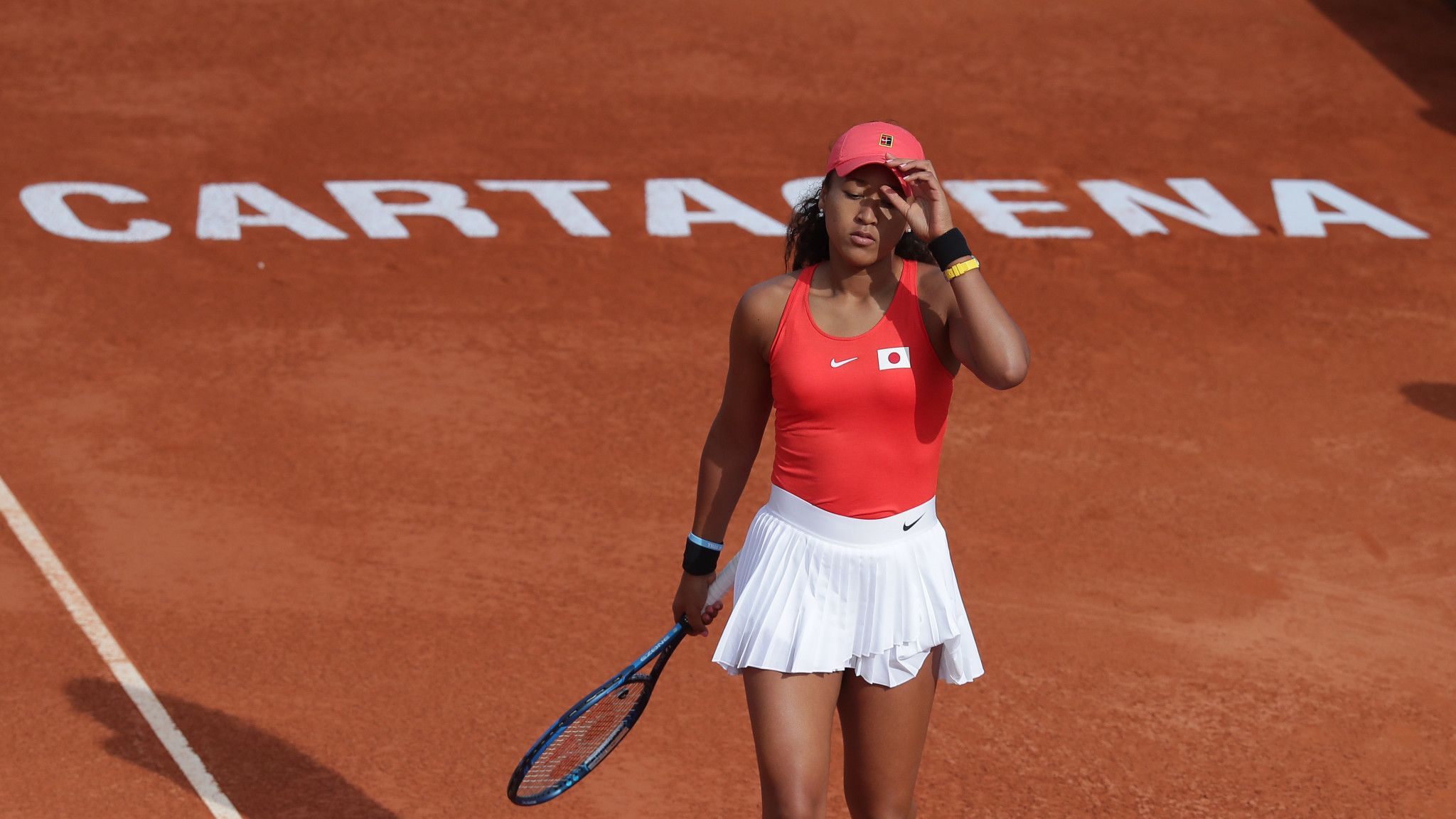 Carla Suárez Navarro then overcame Misaki Doi 6-3, 6-4 to see Spain go into the second day of competition with a 2-0 lead.

Osaka will meet Suárez Navarro while Doi comes up against Sorribes Tormo, with a doubles rubber scheduled if a decider is needed.

Switzerland also managed to win both of their matches, with Jil Teichmann battling past Leylah Annie Fernandez of Canada 7-6, 6-4 at Swiss Tennis Arena in Biel.

The Netherlands and Belarus ended the first day of competition with scores even.

Kiki Bertens gave the Dutch team the lead after coming back from one set down to win 6-7, 6-2, 6-1 against Aliaksandra Sasnovich at Sportcampus Zuiderpark in The Hague, before Belarus fought back through Aryna Sabalenka, who overcame Arantxa Rus 6-2, 6-3.

Romania's clash with Russia at Sala Polivalenta Cluj-Napoca also sits at 1-1, with Ekaterina Alexandrova putting the visitors 1-0 up by defeating Elena Gabriela Ruse 6-1, 6-4.

The United States took on Latvia at Angel of the Winds Arena in Washington, taking a 2-0 lead.

The reverse rubbers are due to take place tomorrow, followed by a deciding doubles match if necessary.