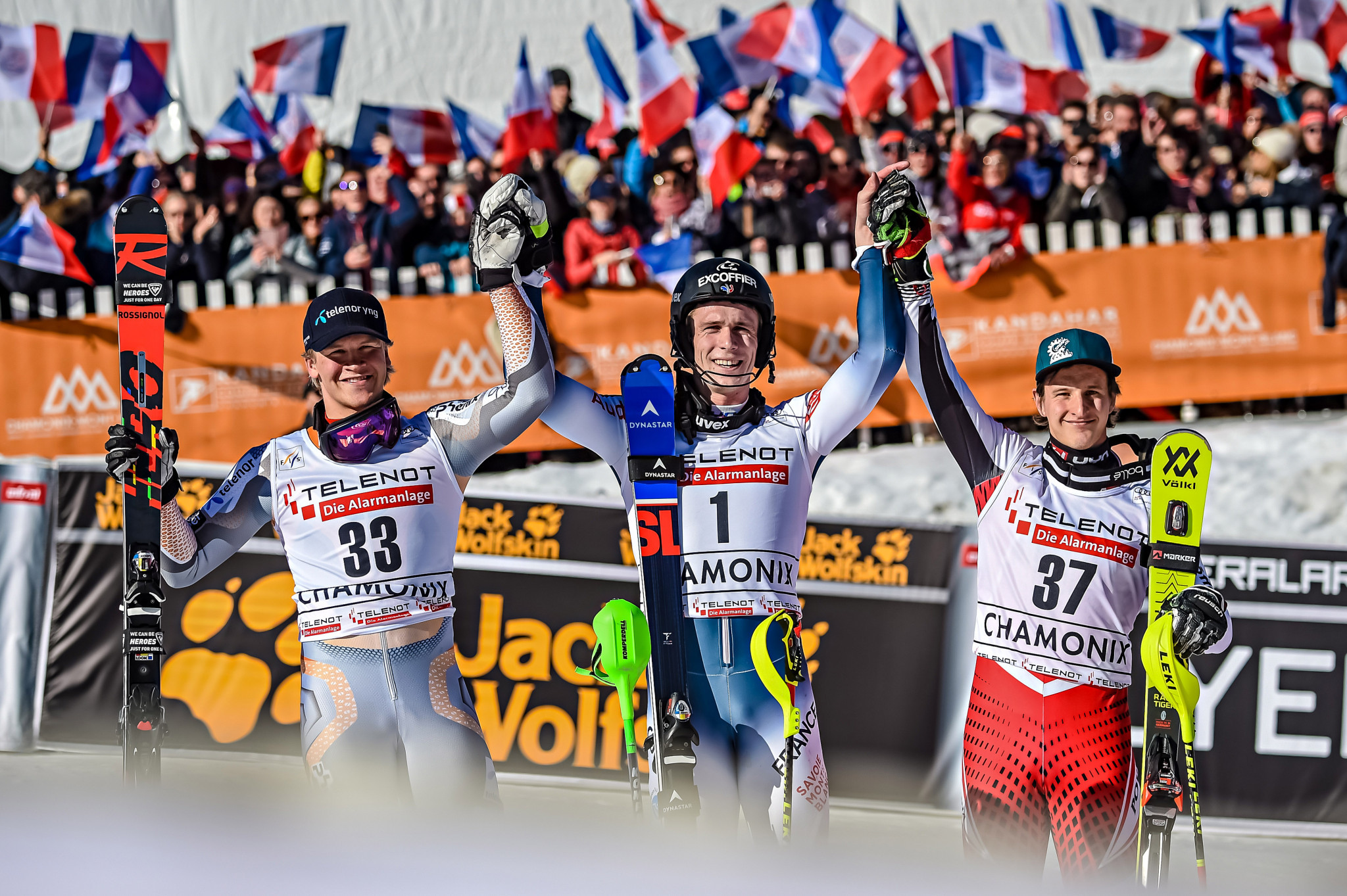 France's Clément Noël took a home win in Chamonix in the men's slalom at the International Ski Federation (FIS) Alpine Ski World Cup, surviving while top skiers around him failed to finish.

The Frenchman finished a close second behind Switzerland's Daniel Yule on the first of two runs, giving him a good opportunity to medal after his win in the event in Wengen a few weeks ago.

And Noël was the only one of the top four from run one to finish after Yule, Italy's Stefano Gross and French team-mate Alexis Pinturault all missed gates on their final run.

Noël won ahead of Norway's Timon Haugan, who made his first World Cup podium alongside Austria's Adrian Pertl in third, who achieved the same feat.

Haugan's team-mate Sebastian Foss-Solevaag had a great opportunity to capitalise on the mistakes of the other skiers having finished fifth after the first run, but he struggled on the second and dropped to sixth overall.

The Norwegian, who sits fifth in the slalom rankings so far this season, has not had a podium finish for almost four years.

The Frenchman is 55 points ahead of Yule, who sits third.

The second event of the weekend - parallel giant slalom - takes place tomorrow ahead of the FIS Alpine Ski World Cup heading to Saalbach-Hinterglemm in Austria, where racing begins on Thursday (February 13).