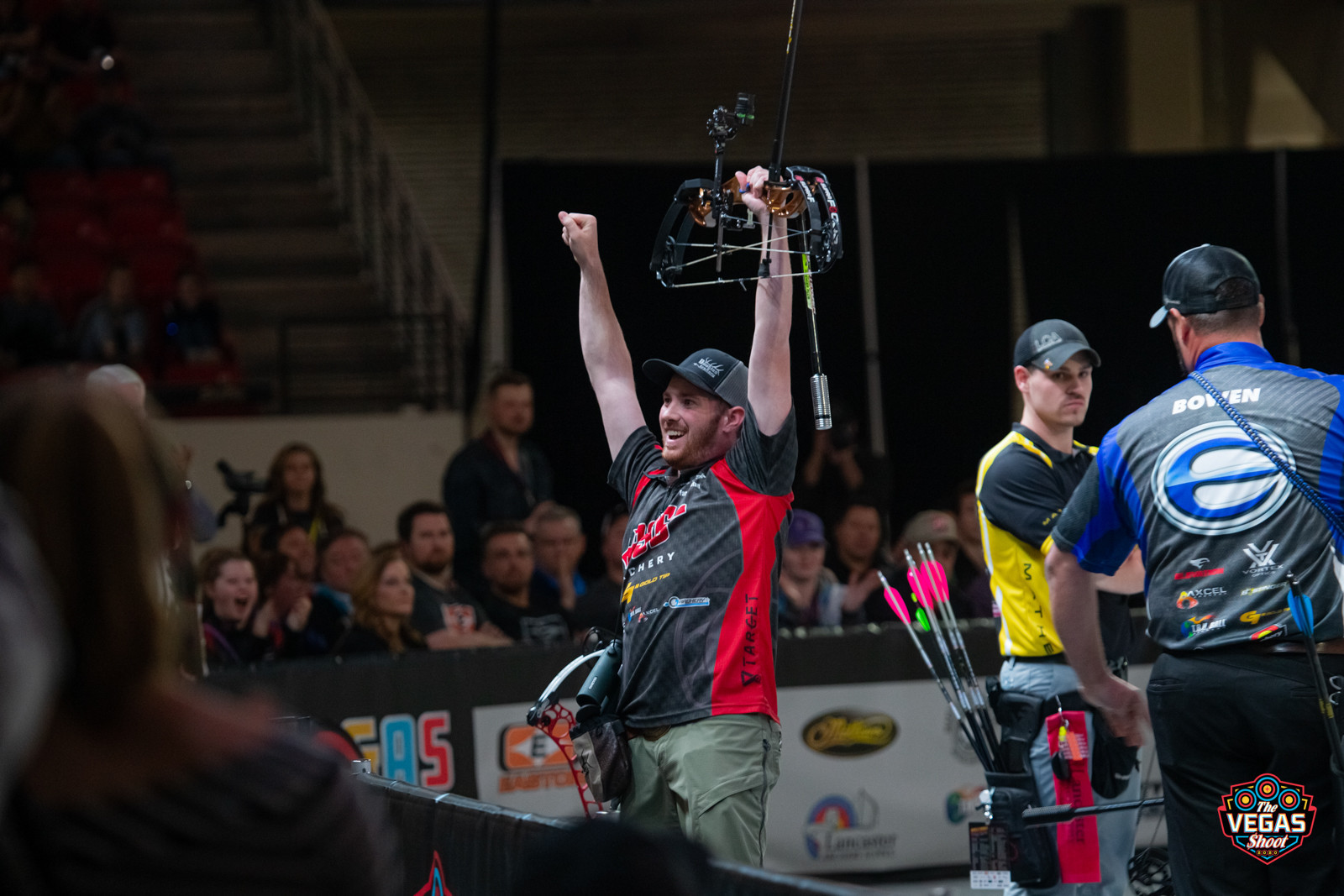 Kyle Douglas won the Vegas Shoot after 22 men scored a perfect 900 score over the three day event resulting in a multi-man shootout for the title in Las Vegas in United States.

The second round in the shootout saw four fall including The Netherlands Mike Schloesser with the following round seeing nine archers drop out including Italy's Sergio Pagni and Chance Beaubouef.

By the fifth round, there were only five archers left with four failing to maintain their perfect score at this stage.

All made it through round five before Bowen was dropped in the sixth with a score of 178.

The remaining four all survived the next round, but Hannah would only make it to round eight with a score of 238.

When Douglas scored a 27th consecutive 10 points on his third arrow, he confirmed the win on 270 ahead of Broadwater on 269 and Perkins on 267.

“The first one went off pretty solid, went off quick, went off good, said Douglas.

"Second one went fairly smooth and I started hearing the crowd kind of mumble and stuff.

“I looked and it seemed that some guys had a miss, so I knew I just had to sink the last one to have a chance.

"I knew I would be sitting pretty good if I could sink that last one.

“I was super nervous, but pretty confident and pretty solid.

"I was shooting pretty well.”

Having previously won the Compound Young Adult division, Douglas made the final line for the first time in seven attempts, winning the first main event title.

The 22 clean shooters is the best number in the past six years.