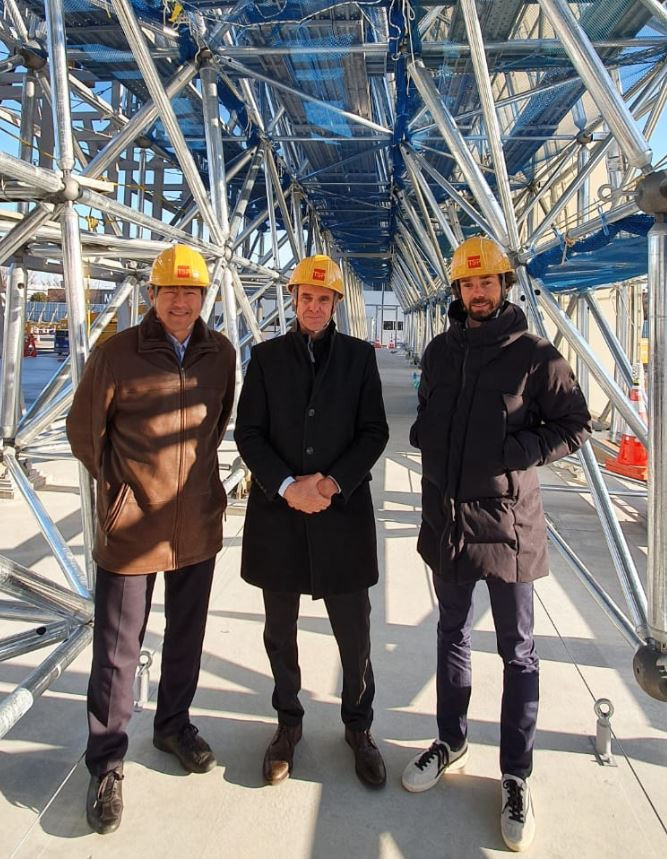 The International Federation of Sport Climbing (IFSC) have said they are "delighted" with the progress made at the venue which will host the sport's Olympic debut at Tokyo 2020.

They attended the Aomi Urban Sports Park in the Tokyo Bay zone, where the climbing wall will be located.

"With under 170 days to go until the Tokyo Games commence, we're delighted to see the progress in the construction of the sport climbing venue within the Aomi Urban Sports Park," said Meyer.

"The frame of the wall is almost complete and the panels will be installed over the coming months.

"We're excited to see the finished venue in the very near future."

Sport climbing is one of five new sports added to the Olympic programme by Toyko 2020 organisers, alongside baseball/softball, karate, skateboarding and surfing.

The Aomi Urban Sports Park will be shared with 3x3 basketball during the Games, which will take place first between July 25 and 29.

Climbing will be held from August 4 to 7.

The IFSC used the visit to discuss clock installation with Omega, the official timekeeper of the Olympic Games.

Lighting equipment and the sport climbing test event, scheduled for between March 6 and 8, were also on the agenda.

An important item of business was sports presentation with the IFSC keen to showcase climbing successfully to a new audience.

Details for the media, such as press and photo positions, were also discussed.

"After a number of visits to Tokyo during the last three years, thanks to the collaboration with the Tokyo 2020 team, the IFSC now feels as though the city, and country of Japan as a whole, is a second home," said Scolaris.

"We're grateful for the support that the world is showing our sport and we're eager to prove just how special sport climbing is – particularly as the only vertical sport in the Tokyo programme."

Two climbing gold medals will be available at Tokyo 2020, in the men's and women's combined.

Champions are crowned based on performance across the lead, bouldering and speed disciplines.