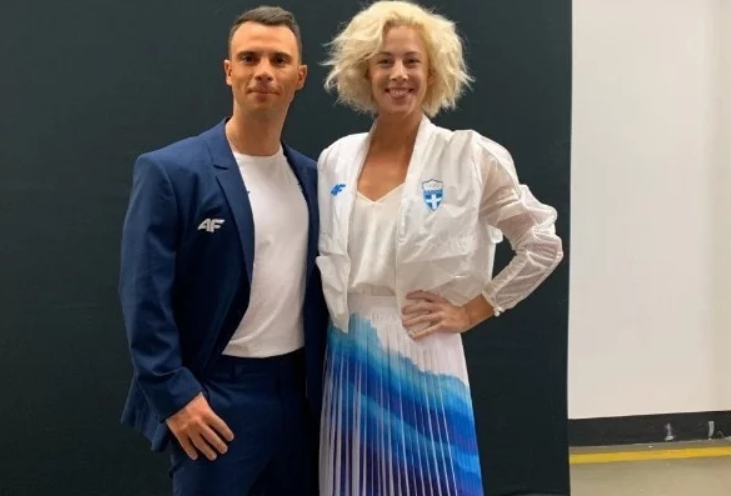 Greece's uniforms for the Tokyo 2020 Olympic Games have been revealed.

Greek uniforms are always noticed at the Olympic Games as the country traditionally marches in first at the Opening Ceremony.

This is a nod to Greece being the home of the Ancient Olympics, while the first modern Games were held in Athens in 1896.

The pair travelled to 4F's base in Poland to try on the uniforms.

An agreement between the Hellenic Olympic Committee and the sportswear brand had previously been signed before the Pyeongchang 2018 Winter Games.

"I'm happy to have been given the opportunity to be the first to try on the gear that the Greek team will wear," said Volikakis to Greek City Times.

"My wish is that many Greek athletes make it through to the Olympics and have the opportunity to wear the uniform this year.

"I hope we will be celebrating a lot of success stories."

Araouzou added: "The official uniform is lovely, and I was very happy to try it on.

"The clothes really are very nice.

"I hope lots of Greek athletes qualify for the Summer Olympics in Tokyo so that our country will be presented with a large and strong team."

Greece announced earlier this month that Rio 2016 Olympic shooting champion Anna Korakaki would be their flagbearer at the Tokyo 2020 Opening Ceremony.

They became the first country to announce their flagbearer for the Games.

Korakaki has also been chosen to begin the Olympic Torch Relay in Ancient Olympia, and will be the first woman to do so.