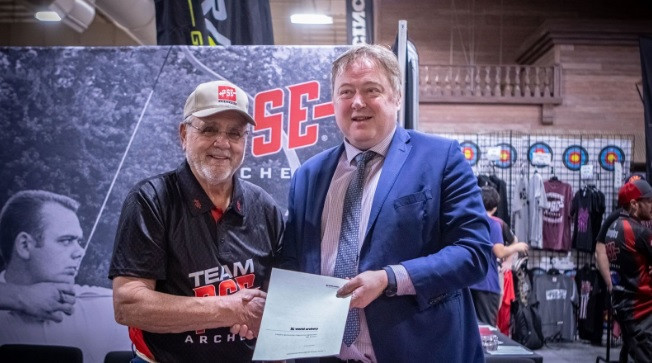 A four-year agreement aimed at developing a "comprehensive grassroots programme" in the compound discipline has been signed between World Archery and supplier PSE.

World Archery and PSE, who have partnered to improve access to compound archery, will develop new entry-level equipment and increase promotion of the sport.

The sport's worldwide governing body hopes the deal with PSE, a leading manufacturer of archery equipment which will celebrate its 50th anniversary this year, will enhance the competitive level of compound archers worldwide.

World Archery secretary general Tom Dielen said the agreement would "further boost progress" in the compound discipline, which is not part of the Olympic programme.

"There have been huge steps forward in levels of participation, expertise and the competitive level of compound archers worldwide over the past decade - and we are at a critical juncture for the discipline," Dielen said.

"We are particularly excited about its impact on women's participation, which is a critical part of our growth strategy."

PSE owner Pete Shepley said the deal was focused on "unlocking the potential" of compound archery in developing countries.

"There is huge potential for growth in regions of the world where compound archery is still relatively unknown and in strengthening programmes that are currently on offer," Shepley said.

"This new partnership is focused on unlocking that potential."