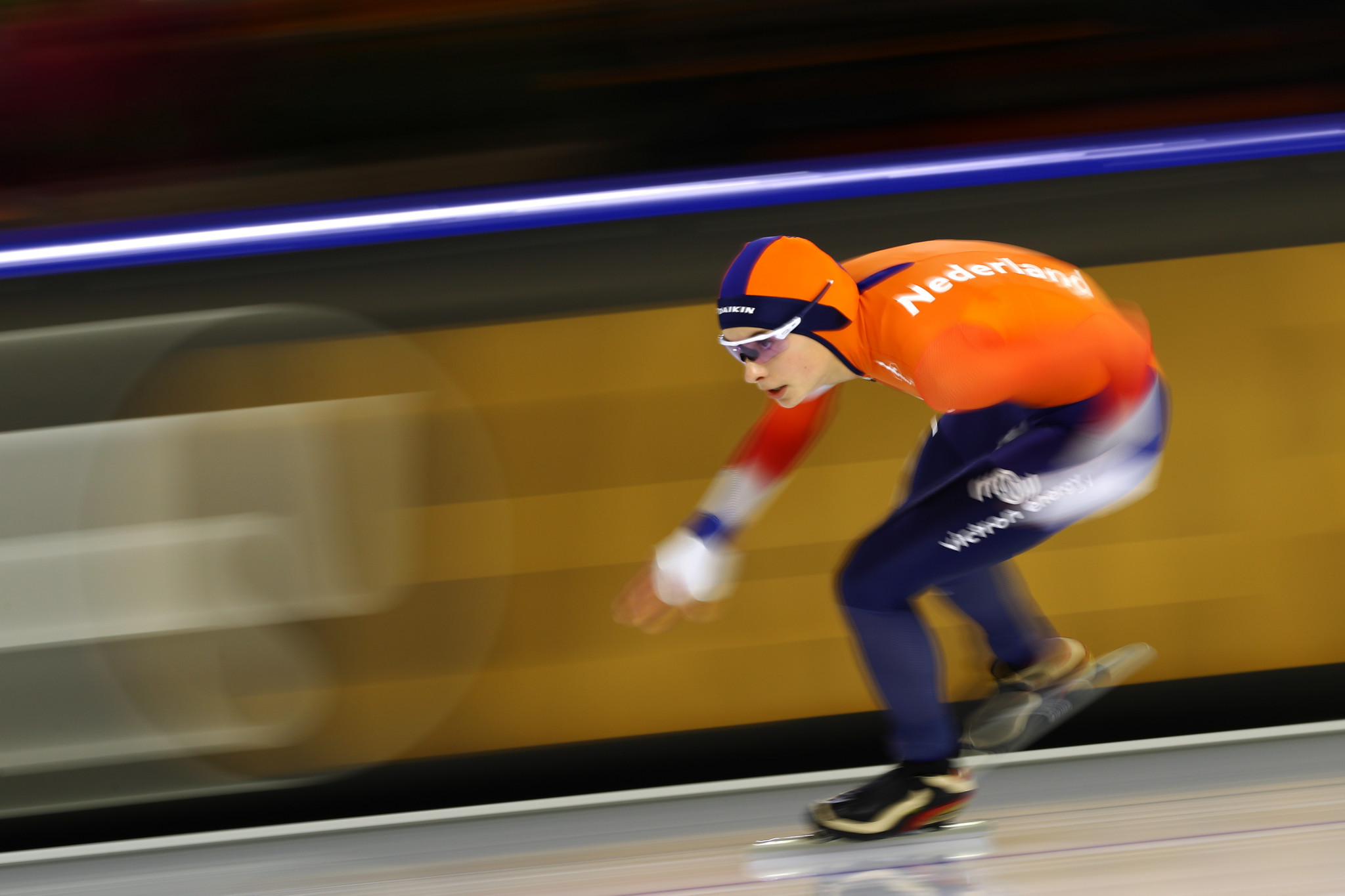 The Netherlands' Femke Kok made a strong start in her bid to retain the women's all-round title at the International Skating Union World Junior Speed Skating Championships in Tomaszów Mazowiecki, winning the 500 metres event and finishing second in the 1,500m competition.

Japan's Moe Kumagai was the silver medallist in 39.145, while Kok's fellow Dutchwoman Robin Groot took the bronze in 39.866.

In the 500m, Japan's Katsuhiro Kuratsubo claimed the win with a personal best time of 35.279.

Russia's Artem Arefyev finished second in 35.282 and Japan's Wataru Morishige rounded off the podium in 35.348.

There was also a Japanese winner in the 1,500m as Tsubasa Horikawa held off Russia's Stepan Chistiakov to triumph in 1:49.486.

Chistiakov was 0.39 seconds behind, while South Korea's Chung Jae-won, the reigning all-round champion, was 0.60 seconds off the pace in third spot.

Chung had earlier finished way down in 27th place in the 500m.

Action in Tomaszów Mazowiecki is due to continue tomorrow.