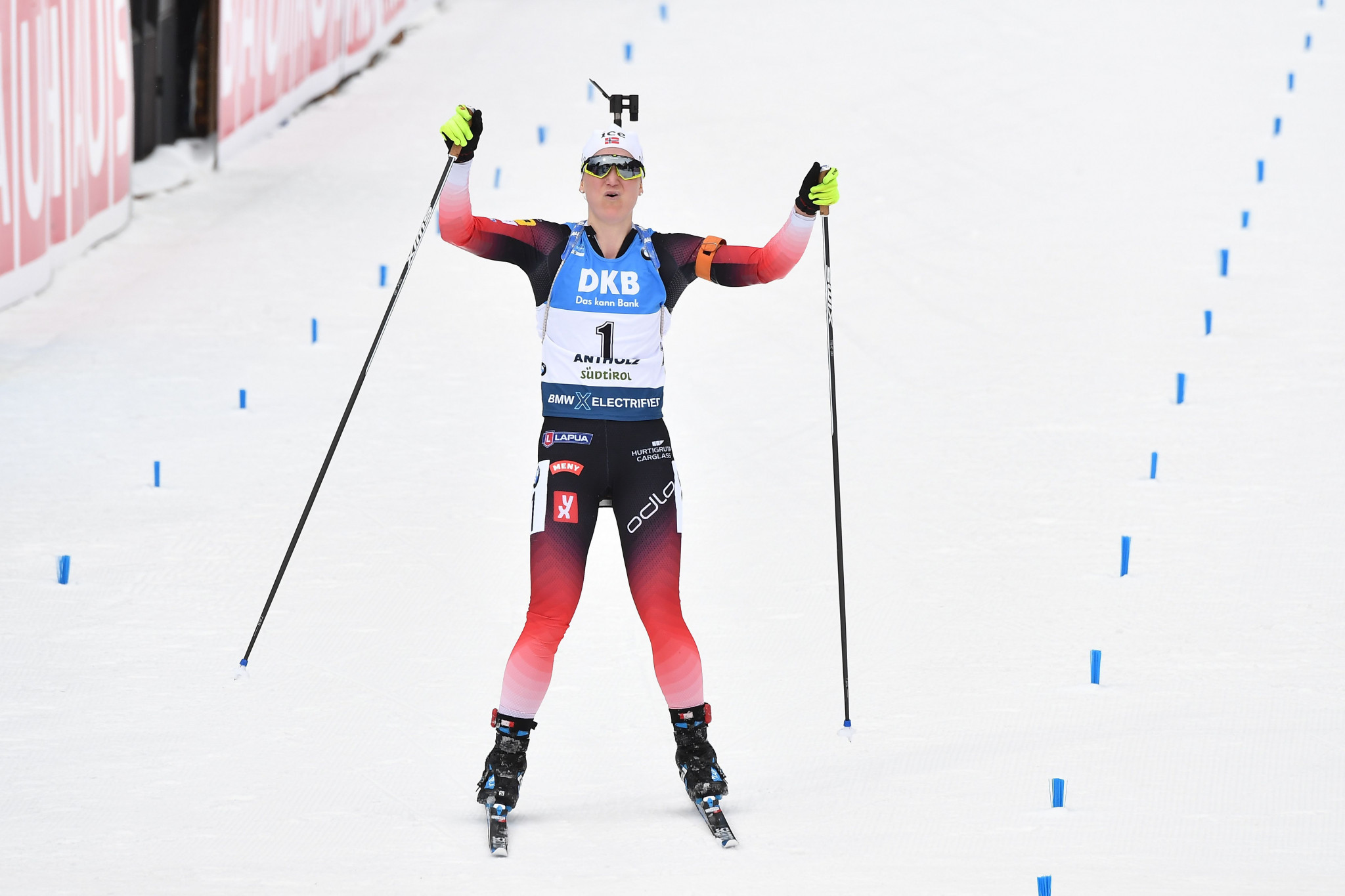 Marte Olsbu Røiseland made it a magnificent five gold medals on the final day of the Biathlon World Championships as she triumphed in the women's mass start in Antholz-Anterselva in Italy.

The 29-year-old's latest triumph came on a superb day for Norway as Johannes Thingnes Bø won the men's mass start to earn his third gold medal.

Røiseland is the undoubted star of the Championships, however, after winning a medal in all seven events.

She also won gold in the sprint, women's relay, mixed relay and mixed single relay, as well as bronze in the pursuit and individual.

Her victory today came in a time of 39min 14.0sec and after she had missed one target at both of the first two prone shooting stages, leaving her down in 22nd and more than a minute off the pace.

The Norwegian cleared both standing shoots, however, and roared to the front of the pack as other contenders faltered at the range.

Italy's home individual and pursuit champion Dorothea Wierer had to make do with silver in 39:34.7, missing three times.

Sweden's Hanna Öberg also missed three shots as she ended in 39:40.1 for bronze.

"I am so happy, at the start of the competition I was so tired and I was falling behind," said Røiseland, who dominated the final loop.

"I said, 'okay, be happy, you had a good Championships, just keep going'.

"Then I started hitting in standing.

"Suddenly I was up there chasing the gold.

"If anyone had told me that before the start I would not have believed them."

Bø, who had already won the mixed relay and single mixed relay with Røiseland, won his first solo gold after silvers in the pursuit and individual.

The men's relay silver medallist shot clean and came home in a time of 38:09.5.

France's Quentin Fillon Maillet was second again to add to his sprint silver, finishing in 38:51.5 after missing three shots.

Émilien Jacquelin, another Frenchman, missed twice and timed in at 39:04.5 for bronze.

Both minor medallists were part of the victorious French men's relay team.

Bø made a cradling motion in tribute to his young son as he crossed the line.

"I was sending a message home," he said.

"I am going there tomorrow.

"It has been one amazing Championships.