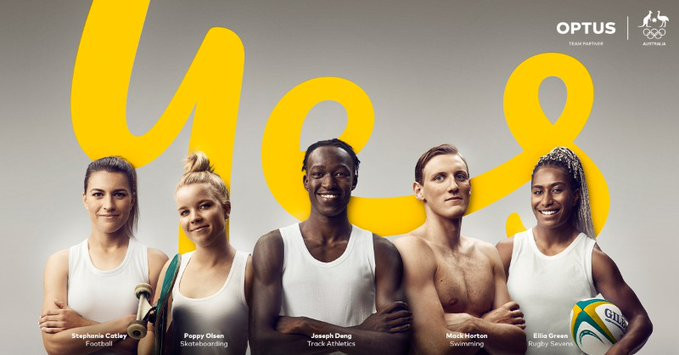 Swimmer Mack Horton is among a group of six sports stars announced by Optus who will represent the telecommunications company’s sponsorship of the Australian Olympic team on the road to Tokyo 2020.

Horton, the men's 400 metres freestyle gold medallist at Rio 2016, attracted headlines last year after he refused to share the podium with China's Sun Yang during the World Aquatics Championships in South Korean city Gwangju, because of his rival's doping record.

Sun, a three-times Olympic champion, served a three-month drugs ban in 2014 and is facing a suspension of up to eight years after one of his entourage was found to have smashed his blood vial during a row with testers in September 2018.

The Sunday Age recently reported that Horton's former school Caulfield Grammar had scrapped plans to name its newly-opened AUD25 million (£12.7 million/$16.5 million/€15.2 million) aquatic centre after him in response to the public fall-out from the protest.

This was with the view to preserving the school’s commercial interests in China, which include a campus in Nanjing and a large Chinese student body in Melbourne.

Horton is one of two existing Optus ambassadors along with fellow swimmer Ian Thorpe, the winner of five Olympic gold medals, the most by any Australian.

The ambassadors will support the Olympics Unleashed programme, which Optus and the Australian Olympic Committee (AOC) are delivering in partnership, as well as represent the Optus brand throughout their Olympic campaigns.

"We are really proud of this wonderful group of ambassadors, and role models, we have assembled ahead of Tokyo 2020," said Matt Williams, Optus’ managing director of marketing and revenue.

"These athletes will inspire the next generation by sharing powerful stories of determination, personal growth and success through the Olympics Unleashed programme.

"They will also connect Australian audiences with the action and excitement of Tokyo 2020 as we support each of them on their journey towards, and during, the Games."

For Catley, joining with Optus presents a great opportunity to inspire the next generation, it is claimed.

"As a group of Optus ambassadors, we are fortunate to align with a company like Optus who share our passion and goals as we prepare for Tokyo 2020," she said.

"It is equally important for us to spread the Olympic spirit by taking part in the Olympics Unleashed programme, and to inspire the students to follow their passions and dreams."

Olsen says she is looking forward to working with Optus on her road to Tokyo 2020, where her sport, skateboarding, will make its Olympic debut.

"It is exciting to have skateboarding feature in the Games for the very first time and it is wonderful to have a company like Optus getting behind our sport," she added.