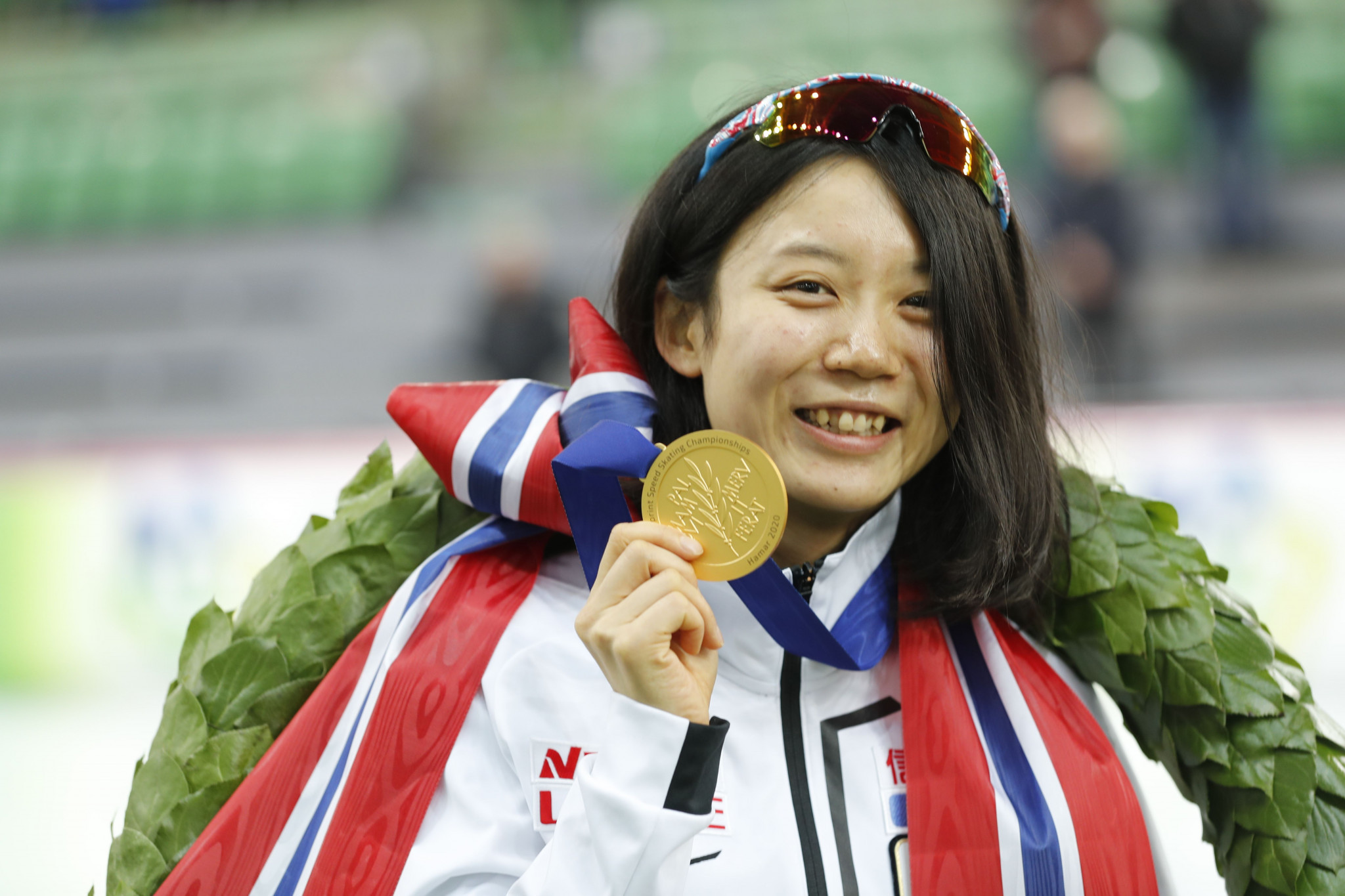 Victories in yesterday's 500 metres and 1,000m races saw Takagi lead the way in the women's competition at the Vikingskipet venue.

She sought to preserve her lead on the second day of action.

Takagi began strongly with a second place finish in the 500m event in a time of 37.52, just 0.06 seconds slower than her compatriot and Olympic champion Nao Kodaira.

The Netherlands' Jutta Leerdam and United States' Brittany Bowe completed the top three in times of 0.54 and 0.63 seconds back.

Takagi finished the competition with an overall total of 148.870 points across the four races.

Takagi becomes the first female skater to win the world sprint and all-round title, which she won in 2018, since Anni Friesinger-Postma achieved the feat in 2007.

A Japanese double was achieved when Shinhama triumphed in the men's competition.

Having won the 1,000m competition yesterday, Shinhama was victorious over the shorter 500m distance today in a time of 34.39 seconds.

Canada’s Laurent Dubreuil continued to pressurise the Japanese skater, after he placed second in 34.56.

Both men were left trailing the Netherlands' Kjeld Nuis in the second 1,000m race, where he topped the standings in 1:08.38.

The effort was enough for Shinhama to take the overall sprint title with a score of 137.465.

He is the first Japanese male skater to win the event since Akira Kuroiwa in 1987.

The World Allround Speed Skating Championships also began today, with the event crowning a men's and women's champion based on results over four different distances.

Ireen Wüst tops the women's standings after the first day, after the multiple Olympic, world and European champion placed fourth in the 500m in 38.96.

She then finished third over the 3,000m distance.

Defending champion Patrick Roest leads the men's competition, with the Dutchman having topped the standings in the 5,000m by ending in a time of 6:14.35.

He also finished seventh in the 500m event.

The Championships will conclude in Hamar in Norway tomorrow.