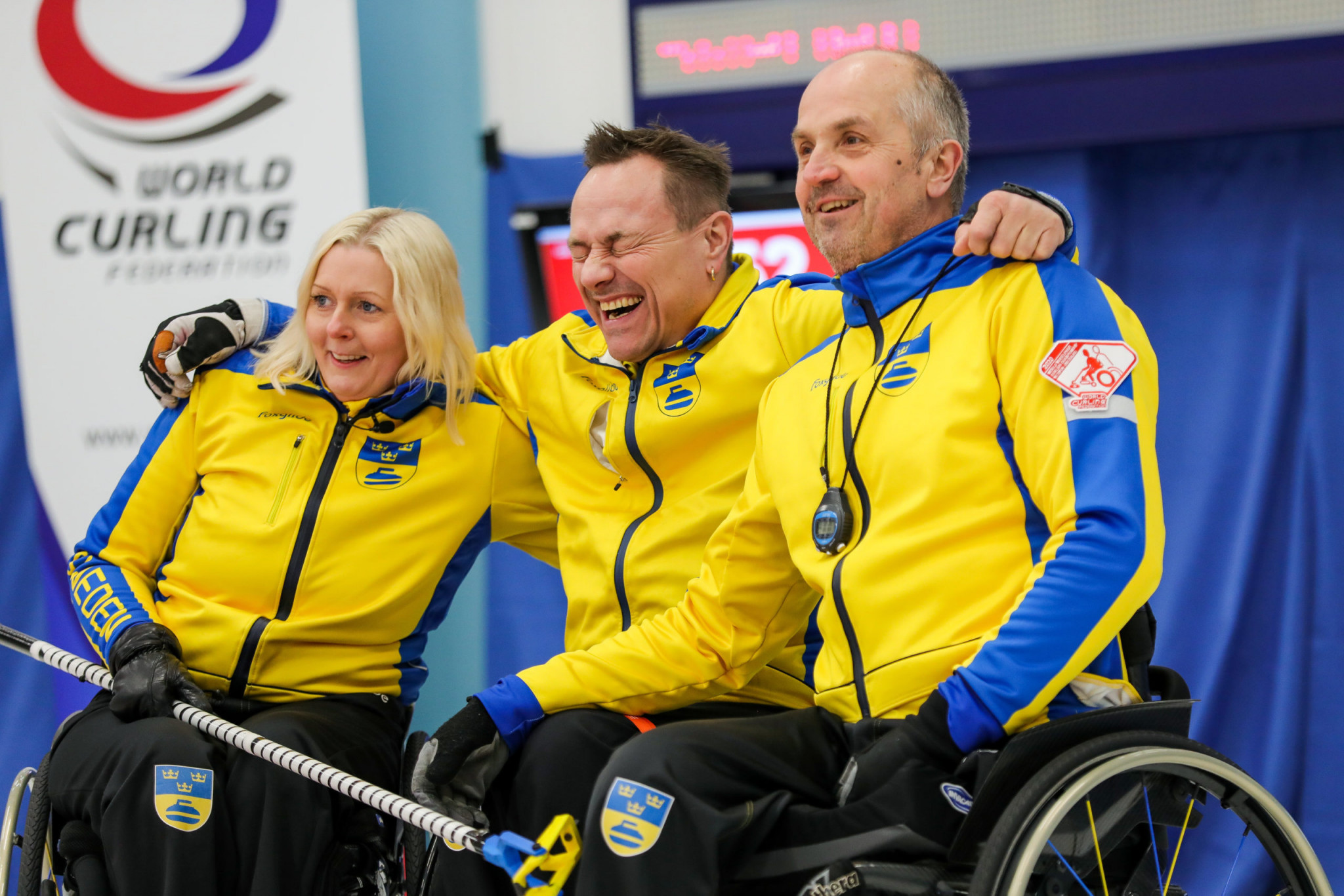 China, Norway and Sweden are all unbeaten following two days of play at the World Wheelchair Curling Championships in Switzerland.

Three nations have won all three of their games - China, Norway and Sweden while three teams are winless - Czech Republic, Estonia and hosts Switzerland.

There were just two matches played in the morning session with Russia beating Canada 8-1 and Sweden beating Czech Republic 6-1 in a match where only one point was scored on each end.

In the afternoon session there were four matches played with a close contest coming on Sheet C as Korea edged out Latvia 6-5, with the Koreans scoring two points on the final end to overturn a one point deficit and claim victory.

In the evening session, Sheet C again played host to a close game as Norway edged out Russia 7-6 in an encounter where the lead changed hands several times.

The Russians led 6-5 with two ends to play, but Norway scored a single point on each end to win by one and maintain their unbeaten record.

The evening's other contests saw China comfortably beat the Czech Republic 8-2 thanks to a score of four on the third end, while Sweden beat Switzerland 5-3 and Canada overcame Korea 6-3.