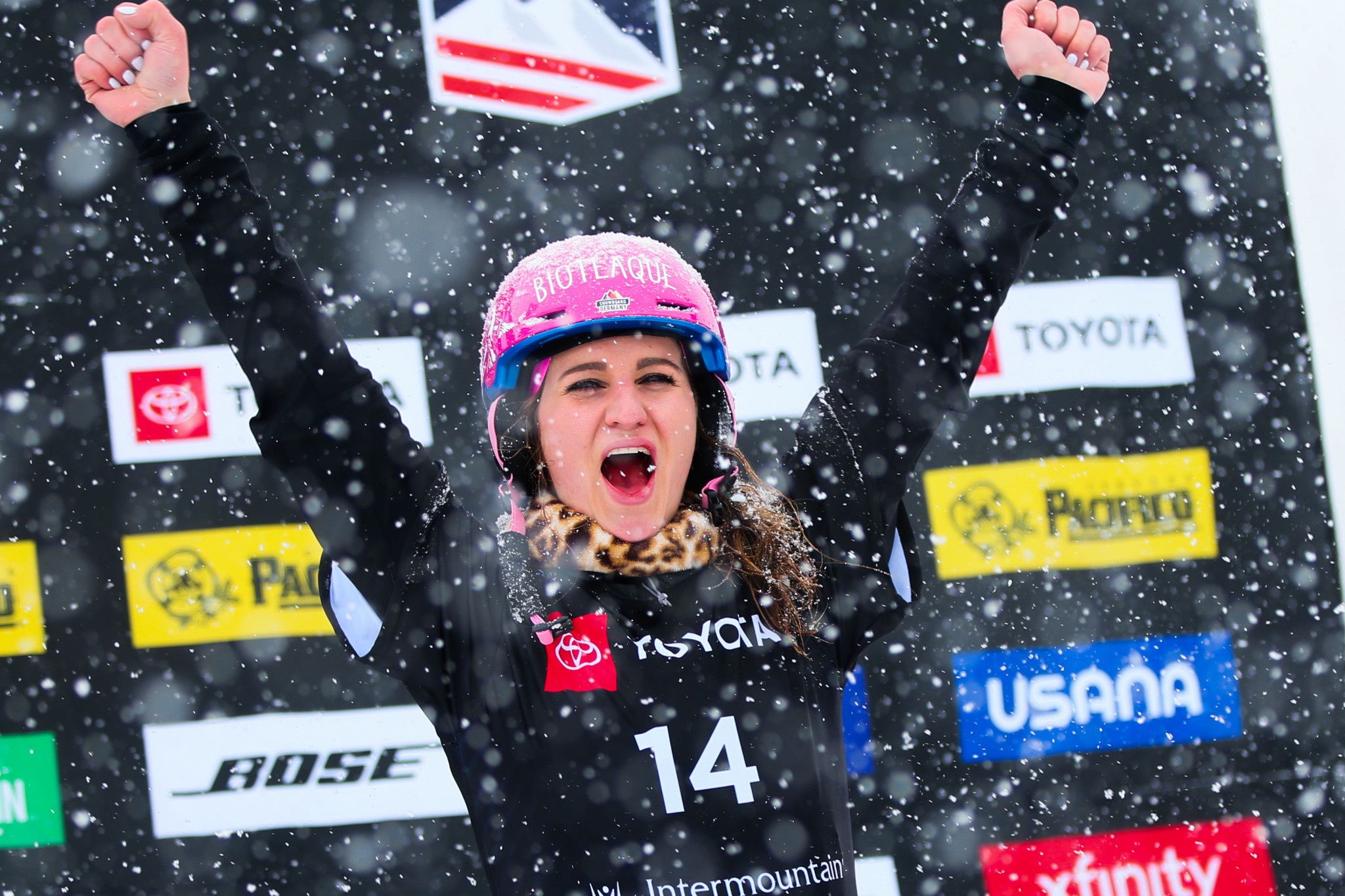 Despite an explosive start from Russia’s Sofia Nadyrshina in the big final, it was Hofmeister who came out on top after her opponent slipped on her backside turn just a couple of gates before the finish line.

Hofmeister quickly rode past Nadyrshina and crossed the line in first place to complete her dominant parallel giant slalom campaign with yet another impressive victory.

In seven parallel giant slalom races in 2019-2020, Hofmeister has recorded five wins and one second-place finish, missing the podium only once with her fourth-place finish in Pyeongchang last month..

She finishes the discipline’s season with 6,300 points, with her team-mate Selina Jörg second on 3,190 and Switzerland’s Ladina Jenny third on 3,070.

"This weekend was so amazing, and it’s an incredible feeling to hold my first globe.

Nadyrshina’s silver medal-winning performance today was her second top-two finish this campaign, while Jörg completed the podium after holding off Austria’s Sabine Schöffmann in the small final.

Over on the men’s side, Russia's Dmitry Loginov confidently raced to his first win of the season.

In the big final, it was Germany's Stefan Baumeister who was leading the way through almost the entire race before he made a small, but very costly mistake in the bottom part of the course.

Dmitry Loginov takes the win on day 2 in Blue Mountain ahead of Stefan Baumeister and Mirko Felicetti. The PGS World Cup season is a wrap! pic.twitter.com/Isn3S77OA9

The 26-year-old came a little too wide in the penultimate gate, lost the speed and left the door wide open for Loginov to pass him in the final metres and take the win by just 0.17 seconds.

Italy’s Edwin Coratti rounded out the podium in third place having beaten the United States' Robert Burns in the small final.

The parallel giant slalom crystal globe was awarded to Italy’s Roland Fischnaller, who secured the title in Pyeongchang.

It is the first time the 39-year-old has achieved the feat and adds to his impressive record of achievements, including three parallel slalom overall titles, since making his debut on the FIS Snowboard World Cup tour back in 1997.

Austria’s Benjamin Karl finished second with 3,380 points, while Loginov jumped into the top three with 2,882 points following his win today.

"Exactly on this day, 23 years ago, I competed in my first World Cup race in Olang, and today my three-year-old son did his first snowboard race.

"Since the beginning of the season I tried to push hard in PGS (parallel giant slalom) and now I’m here winning the small globe for PGS."

Both Hofmeister and Fischnaller have also clinched the parallel overall titles that take into account athletes' performances in both parallel giant slalom and parallel slalom events.

The duo will be awarded with the crystal globes at the final competition of the season, due to take place in German town Winterberg on March 14.

The FIS Snowboard Alpine World Cup tour will now move on to Italian town Livigno, where the penultimate parallel slalom event of the campaign is scheduled to take place on March 10.