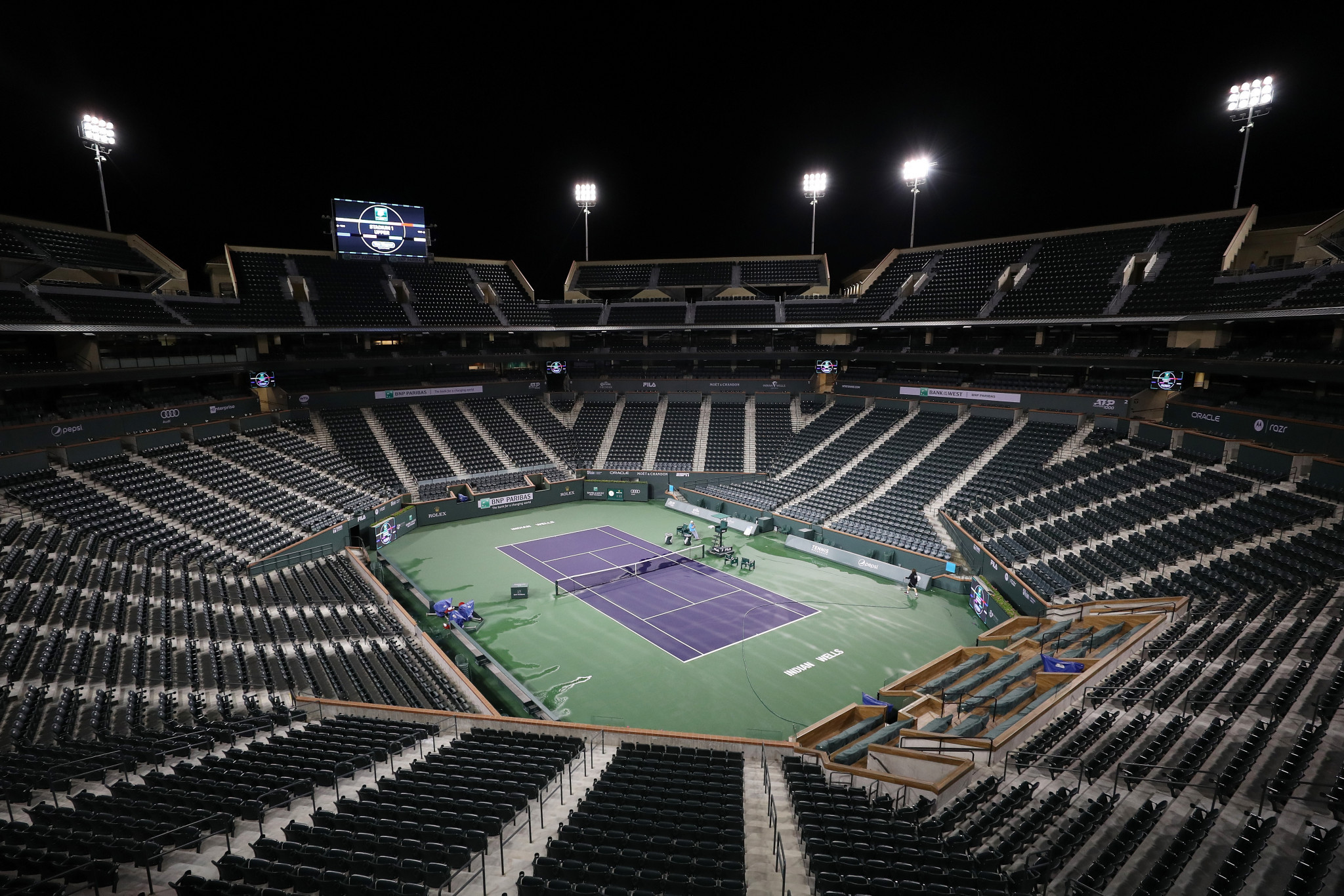 Organisers have confirmed that the Indian Wells Masters tennis tournament in California has been cancelled due to the coronavirus outbreak.

The event, also known as the BNP Paribas Open, is a Masters 1000 event on the Association of Tennis Professionals World Tour and a Women's Tennis Association (WTA) Premier Mandatory tournament.

Qualifying was due to begin today on the hard courts of the Indian Wells Tennis Garden, with competition scheduled to run through to March 23.

Its cancellation comes after a local case of coronavirus was confirmed, with the Riverside County Public Health Department declaring an emergency in the Coachella Valley.

More than 400,000 people travel to the American city for the tournament every year, with the world's best players competing.

The men's draw was due to feature Novak Djokovic and Rafael Nadal as the top two seeds while Serena Williams and Ashleigh Barty were among the women's players confirmed.

"We are very disappointed that the tournament will not take place, but the health and safety of the local community, fans, players, volunteers, sponsors, employees, vendors, and everyone involved with the event, is of paramount importance," said tournament director Tommy Haas.

"We are prepared to hold the tournament on another date and will explore options."

WTA chief executive Steve Simon told the New York Times there had been discussions about holding the event behind closed doors, but that tournament officials rejected this option.

Fans who bought tickets can apply for a refund or credit for the 2021 edition.

"There is too great a risk, at this time, to the public health of the Riverside County area in holding a large gathering of this size," said Dr. David Agus, a professor of medicine and biomedical engineering at the University of Southern California.

"It is not in the public interest of fans, players and neighbouring areas for this tournament to proceed.

"We all have to join together to protect the community from the coronavirus outbreak."

Many players had already arrived in Indian Wells with Belgian player Kirsten Flipkens reportedly criticising the WTA for not holding an emergency meeting with players.

Romania's Sorana Cirstea said she only found out about the cancellation on Twitter.

Around the world, there have now been more than 110,000 reported cases of coronavirus and more than 3,800 deaths.

Numerous sporting events have either been cancelled or postponed.