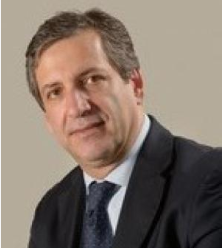 Continental weightlifting championships in Europe and Africa have been postponed for two months because of the coronavirus, in expectation that the deadline for qualifying for Tokyo 2020 will be extended until the end of June.

The International Weightlifting Federation (IWF) is due to discuss, at a board meeting next week, an extension of two months to the third and final phase of qualifying, which is due to end on April 30.

Only the Pan American and Oceanian Championships now remain on the calendar for April, when all five continental Championships were due to have taken place.

The Asian Championships were moved from Kazakhstan to Uzbekistan last month, then postponed without a new date.

The African Championships in Vacoas in Mauritius have been moved from April 13 to 20 back to between June 15 and 23.

Meanwhile, new dates for the European Championships in Moscow, which were originally on the calendar from April 4 to 12, are June 13 to 21.

The electoral congress will now take place on June 11, a day after the final meeting of the outgoing European Weightlifting Federation (EWF) Executive Board.

The new board, which will be elected at the congress, will hold its first meeting on June 12, the day before competition starts.

Maxim Agapitov, President of the Russian Weightlifting Federation, is one of three candidates for the presidency.

Hasan Akkus of Turkey and Antonio Conflitti of Moldova are also standing to replace Antonio Urso, the Italian who is standing down after two four-year terms.

The lists of candidates for President, secretary general, treasurer, the first vice-president, three vice-presidents, and six places on the Executive Board will remain as they were for the original April dates.

A full list of candidates for those positions, plus committees, can be found here.

The IWF is allowing athletes registered for cancelled or postponed competitions to transfer their entries to other events on the calendar.

There are still other problems to overcome because of the spread of the virus, as highlighted by a report in Iran yesterday.

The Olympic champion Kianoush Rostami, whose hopes of qualifying for Tokyo hang by a thread, and Ali Hashemi are entered to compete in a qualifier in Cali in Colombia from March 18 to 23.

But, according to the Fars news agency in Tehran, because of the virus there are no flights in or out of Iran – one of the worst affected countries - and the “very long and difficult” journey to Colombia may not be possible.