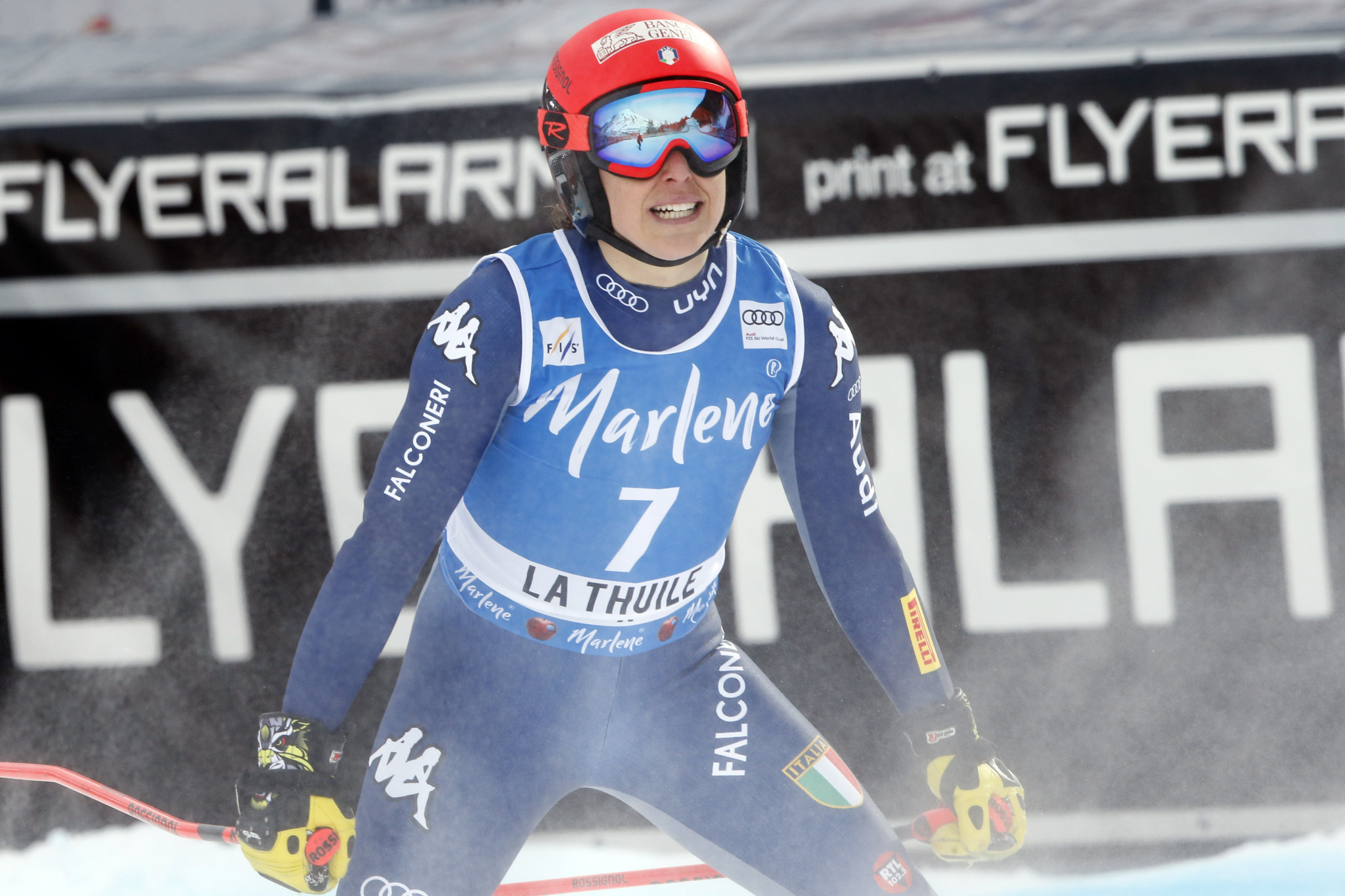 Federica Brignone of Italy has been crowned overall women's International Ski Federation (FIS) Alpine Skiing World Cup champion after the last event of the season in Åre in was cancelled because of the coronavirus.

The competition in the Swedish resort was scheduled to be the final women's competition of the campaign after the World Cup Finals in Cortina d'Ampezzo in Italy were also cancelled due to the COVID-19 virus.

In a statement, the FIS said it had cancelled the event "after new recommendations from the Public Health Agency of Sweden" and confirmed it would not be replaced on the calendar.

The decision means Brignone clinches the overall crystal globe and spoiled American star Mikaela Shiffrin's return to action after a six-week absence following the death of her father.

The Italian skier, who overtook Shiffrin during her time away from the circuit, finishes the World Cup season 153 points clear of the defending World Cup champion.

The statement from the FIS came just hours after Shiffrin announced she planned to return at the event in Åre.

Sweden today moved to ban public gatherings of 500 or more people following the spread of the virus, forcing the FIS to cancel the competition in Åre, which had been scheduled to run from tomorrow until Sunday (March 15).

The FIS also confirmed one member of the sponsor support team at the FIS Alpine World Cup had tested positive for the virus.

Two others had also displayed symptoms and immediately went into self quarantine, the FIS said.

"The FIS is closely monitoring and actively following up this situation announced late afternoon today," the body said in a statement.

"Thanks to the procedures in place, and quick action by the Norwegian and Swedish medical staff, it is not anticipated that persons associated with the men's or women's Alpine World Cup have been affected."