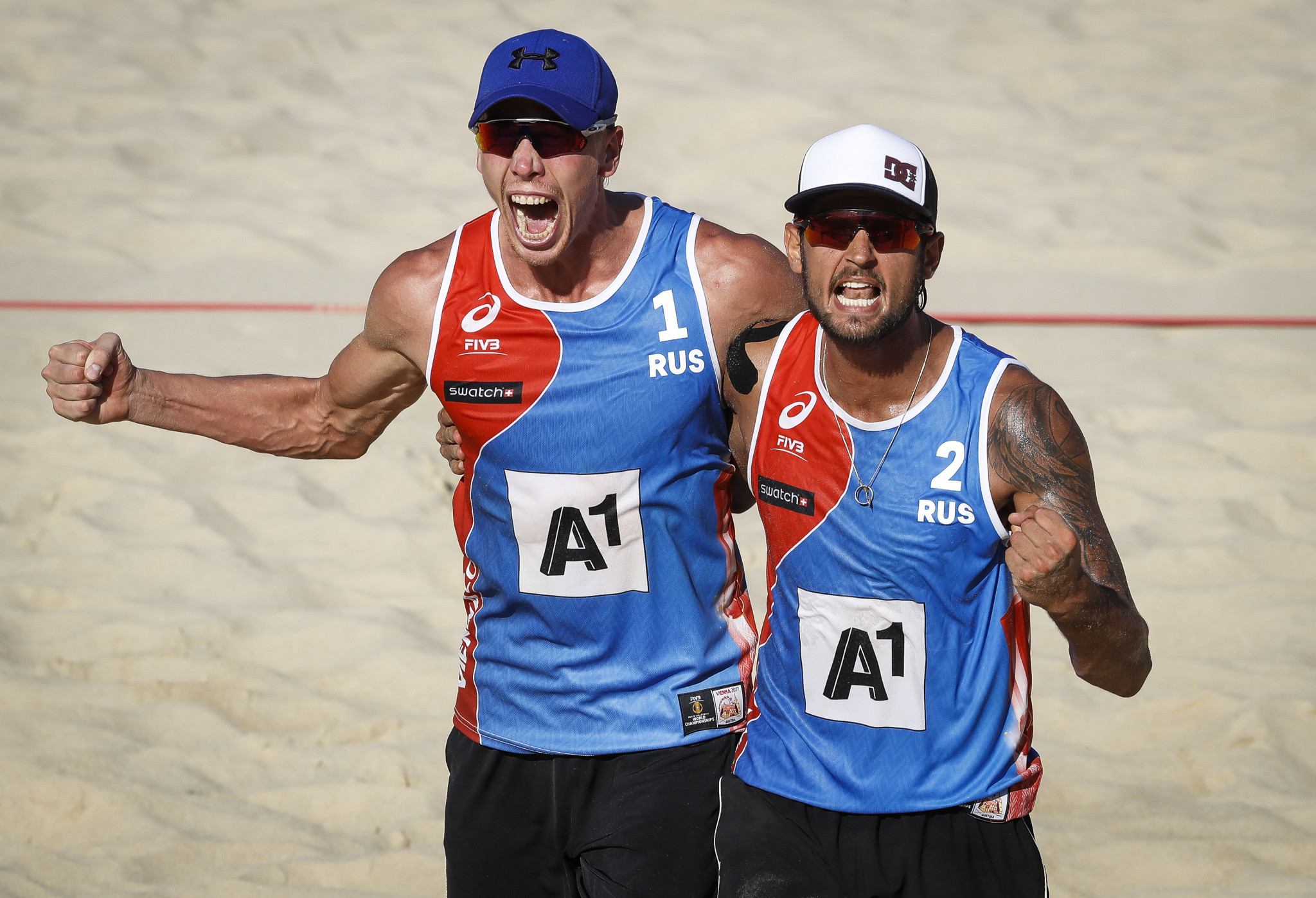 Top seeds Viacheslav Krasilnikov and Oleg Stoyanovskiy made it through to the quarter-finals of the International Volleyball Federation (FIVB) World Tour after a straight sets win in round two in Doha in Qatar.

The Russians head into the Katara Beach Volleyball Cup as favourites, but had to work hard in their second set to defeat Dutch duo, Steven van de Velde and Christiaan Varenhorst by a score of 21-19, 28-26.

The world champions will play Mexican pair Josue Gaston Gaxiola and Jose Luis Rubio in the next round who won a tiebreaker against Americans Tri Bourne and Trevor Crabb.

Crabb and Gibb play Italians Paolo Nicolai and Daniele Lupo in the quarters after they knocked out fourth seeds Alexander Brouwer and Robert Meeuwsen of The Netherlands 21-19, 21-16.

In the final two matches of the day, Polish pair Michael Bryl and Grzegorz Fijalek took three sets to beat Latvia's Aleksandrs Samoilovs and Janis Smedins in an 18-21, 29-27, 15-12 win and will now play Germany's Nils Ehlers and Lars Flüggen after their 21-14, 26-24 win over Canadian pair Sam Pedlow and Sam Schachter.