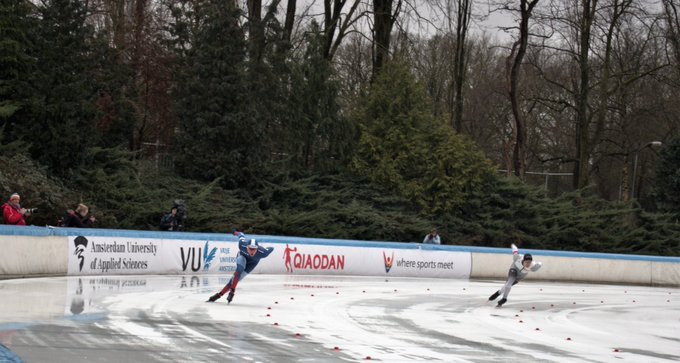 The Dutch skater beat two of her compatriots as Sterre Jonkers and Paulien Verhaar claimed silver and bronze, respectively.

Jonkers was 0.22 slower than Hof in second place, while Verhaar completed the course in 2:09.85.

Hof took bronze in the 3,000m yesterday in a race won by team-mate and Olympic 5,000m champion Esme Visser.

Viktor Rudenko of Belarus did enough for bronze having finished in 1:57.01.