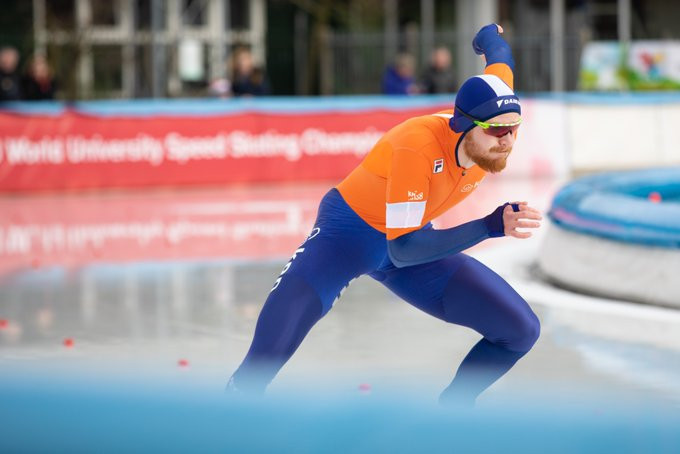 The final day of the International University Sports Federation (FISU) World University Speed Skating Championships in Amsterdam has been cancelled because of the coronavirus pandemic.

Organisers confirmed in a statement this evening that the Championships had concluded after today's action in response to a ban from the Dutch Government on events involving over 100 people.

FISU claimed it "fully supports" the decision to cancel the Championships prior to the last day of competition.

Dozens of events in numerous sports have been cancelled or postponed because of the COVID-19 virus, which has so far killed 4,965 people and infected more than 134,000 worldwide.

Races on what had been scheduled to be the penultimate day took place as planned, with The Netherlands' double Winter Youth Olympic Games gold medallist Sanneke de Neeling setting a track record on her way to victory the women's 1,000 metres.

The Netherlands triumphed in the women's team pursuit in 3:26.87 to add to their gold medal tally at their home event.

Poland claimed silver and Belarus did enough for bronze.

In the men's team pursuit, Russia topped the podium in 4:11.88, finishing ahead of Poland and the host nation.