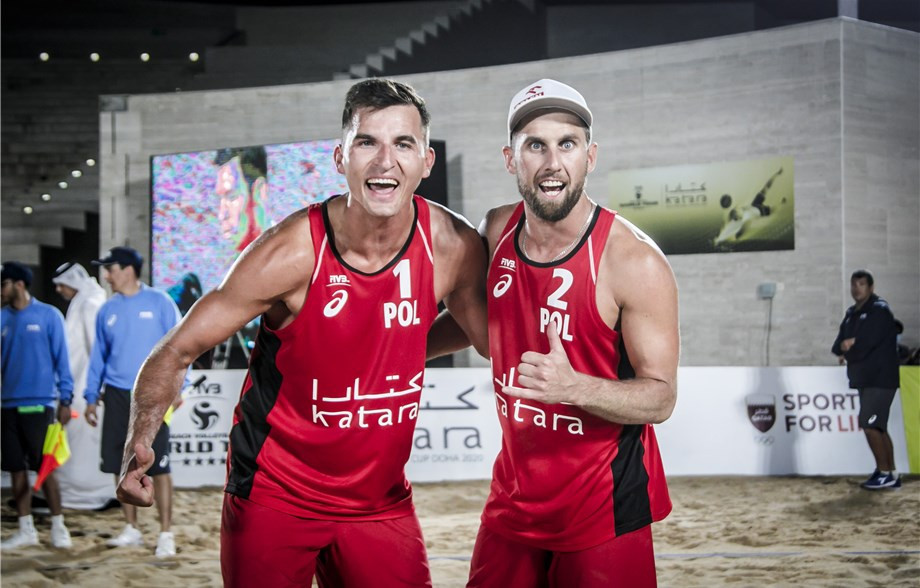 The world number seven and fourth seeds in the Katara Beach Volleyball Cup, a four-star tournament on the World Tour, held their own to stop an underdog upset from Gaxiola and Rubio, 96th in the world rankings.

A shock looked on the cards after the first set, which the Mexicans won 21-16, but the Polish duo won a tight second set 21-19 before winning the tiebreaker 15-11 to claim victory in Doha.