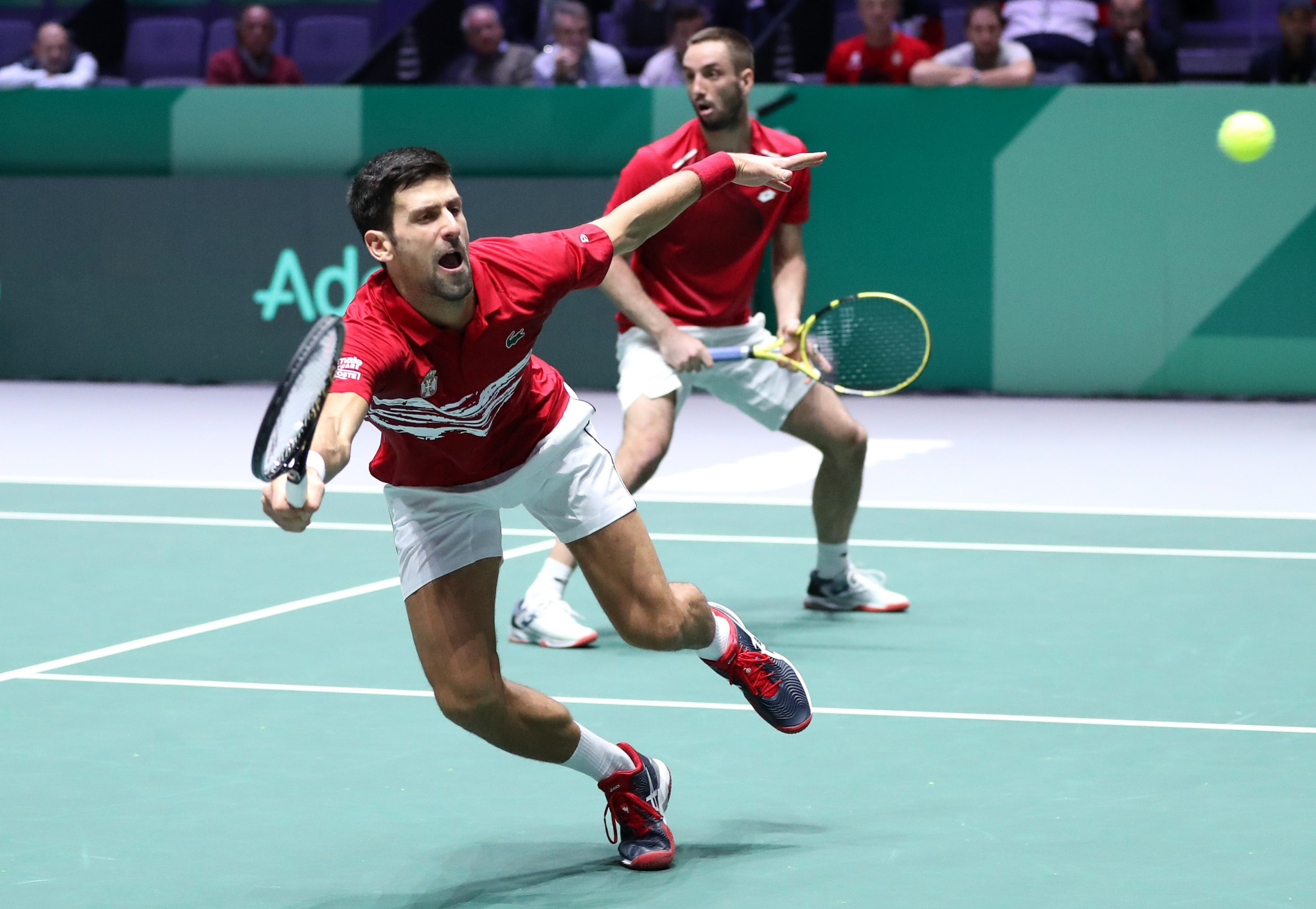 World number one Novak Djokovic could find himself up against two fellow top-10 players with Serbia having been drawn against Austria and Germany in Group F for this year’s Davis Cup Finals in Madrid.

The draw, which took place at the International Tennis Federation offices in London, has thrown up some group-stage re-matches and pitted Djokovic in potential singles clashes against Austria’s Dominic Thiem, the world number three, and Germany’s Alexander Zverev, the world number seven.

Hosts and defending champions Spain are one of the teams that will be facing familiar foes in the shape of Russia, who were drawn into Group A alongside Rafael Nadal's team for the second straight year.

Both teams will have one eye on the quarter-finals as they were also drawn against the competition's lowest-ranked side, Ecuador.

The United States and Italy, who famously had a late finish in 2019, will meet once again in the group stage.

They have been drawn into Group E alongside Alejandro Falla's Colombia - the only country from pot three to have contested the Finals last year.

Last year’s runners-up Canada are scheduled to face Kazakhstan and Sweden in Group B, while Group C sees three former Davis Cup champions - France, Britain and the Czech Republic - drawn alongside one another.

In Group D, all eyes will be on the clash between Croatia and Australia, but Hungary will be keen to show they are not just there to make up the numbers.

The six group winners and the two best-performing group runners-up will advance to the quarter-finals.

Spain's victory in 2019 also came in Madrid and was the first Davis Cup to take place as an 18-team competition across a single week.

The famous men's team event, which dates back to 1900, had traditionally featured knockout ties played across the world throughout the year, in the lead-up to a final between the surviving two nations.

Another team event which is similar to the Finals, the Association of Tennis Professionals Cup, also took place for the first time in January and was won by Serbia.

This year's Finals in Madrid are due to be held between November 23 and 29.