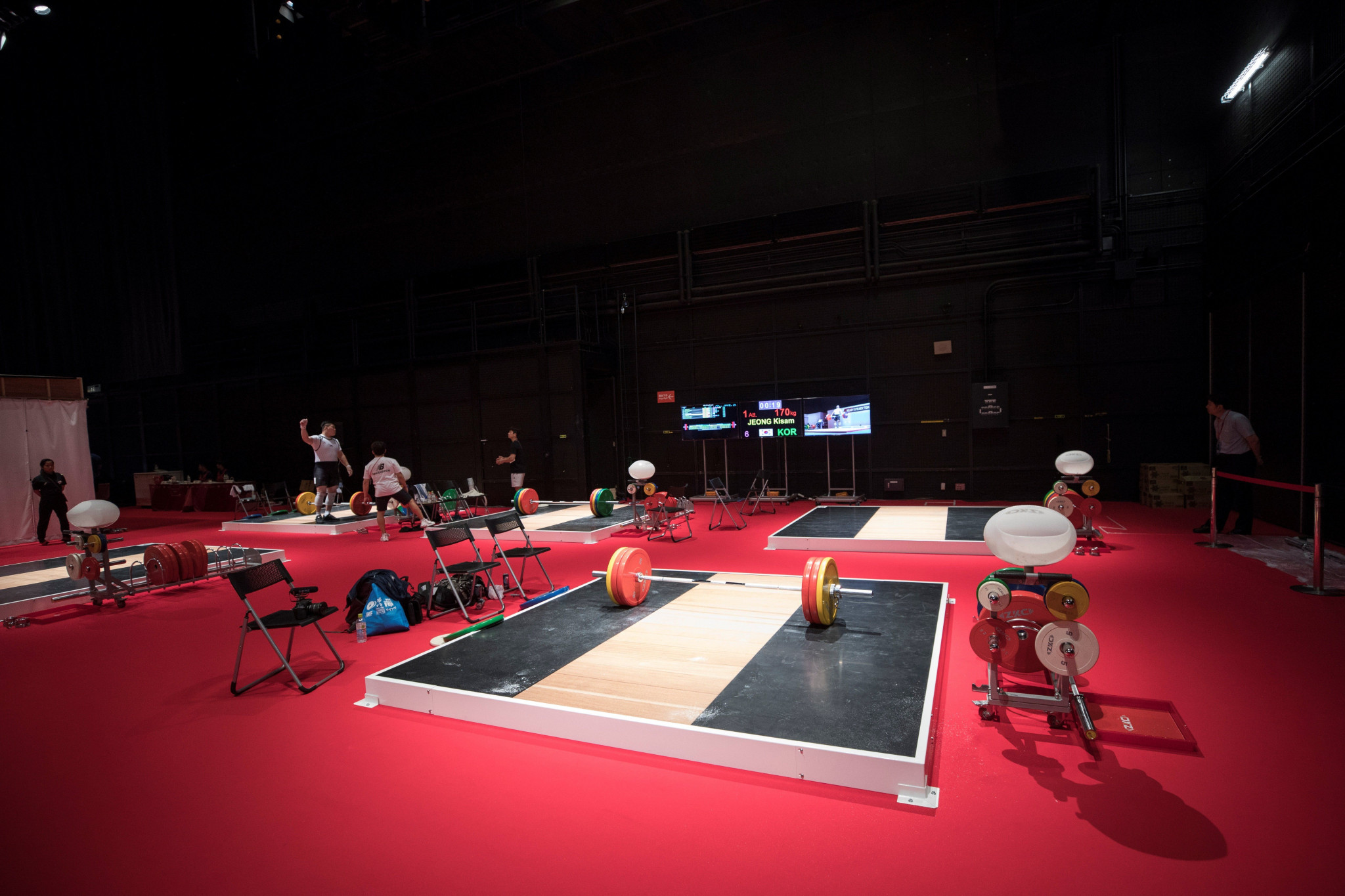 The International Weightlifting Federation (IWF) has made changes to the Tokyo 2020 qualifying system after six major championships were called off because of the coronavirus.

There will be no extension of the qualifying deadline beyond April 30, the IWF Executive Board decided at a two-day meeting held by video-link which was chaired from Lausanne by Ursula Papandrea, the Acting President of the sport's governing body.

An amended system has been sent to the International Olympic Committee (IOC) for approval, and further details will be announced when it is granted.

It is believed that the changes, proposed by the IWF Sport Commission after it held two meetings last week, will allow athletes some leeway in regard to the third and final six-month phase of qualifying, in which six "gold" events have been called off.

The Sport Commission has "aligned as closely as possible to the original framework", said an IWF statement.

Athletes were compelled to compete in at least one "gold" qualifying event, which means a world or continental championships.

But six "gold" events have been taken off the 2020 calendar in March and April because of the virus – the IWF Junior World Championships and all five continental championships.

The latest to go was the Pan American Championships in Dominican Republic, which was postponed to an as yet unknown date yesterday.

If performances from phases one and two are prioritised at the expense of those in phase three, a number of Olympians from London 2012 and Rio 2016 would benefit by moving up the rankings.

They include Sarah Robles of the United States, Zoe Smith of Britain, Ecuador's Neisi Dajomes, Beatriz Piron of Dominican Republic, Man Asaad of Syria and Jeongsik Won of Korea.

Britain would likely have three female qualifiers for Tokyo – Smith, Sarah Davies and Emily Campbell – despite having lost all funding from UK Sport after the 2016 Games.

Papandrea said: "Athletes and those who support them are no exception in facing a public health crisis.

"The IWF is united in expressing its concern for all those affected.

"We have to acknowledge the reality of cancelled competitions and training camps and adapt accordingly.

"The IWF has moved quickly to develop changes to the Olympic Qualifying System that reflect these new circumstances."

The IWF statement said: "The maintenance of an effective anti-doping programme was a key consideration in developing the proposed changes.

"Executive Board members also emphasised the need to ensure international competition is resumed as quickly as is appropriate in the short to medium term."

The board approved Hersonissos, on the Greek island of Crete, as the host of the 2022 IWF Junior World Championships.

There were discussions about the IWF Strategic Plan and its next steps, and a report from the Oversight and Integrity Commission, "which updated the board on the continued work of Prof Richard McLaren and his team".

While McLaren's team investigate allegations of corruption made in a German TV documentary in January, Tamás Aján has stood aside as IWF President for 90 days, until April 22.

A refugee policy was endorsed by the Board "in order to provide a pathway for refugee athletes to compete at the IWF events and possibly, at the Olympic Games".