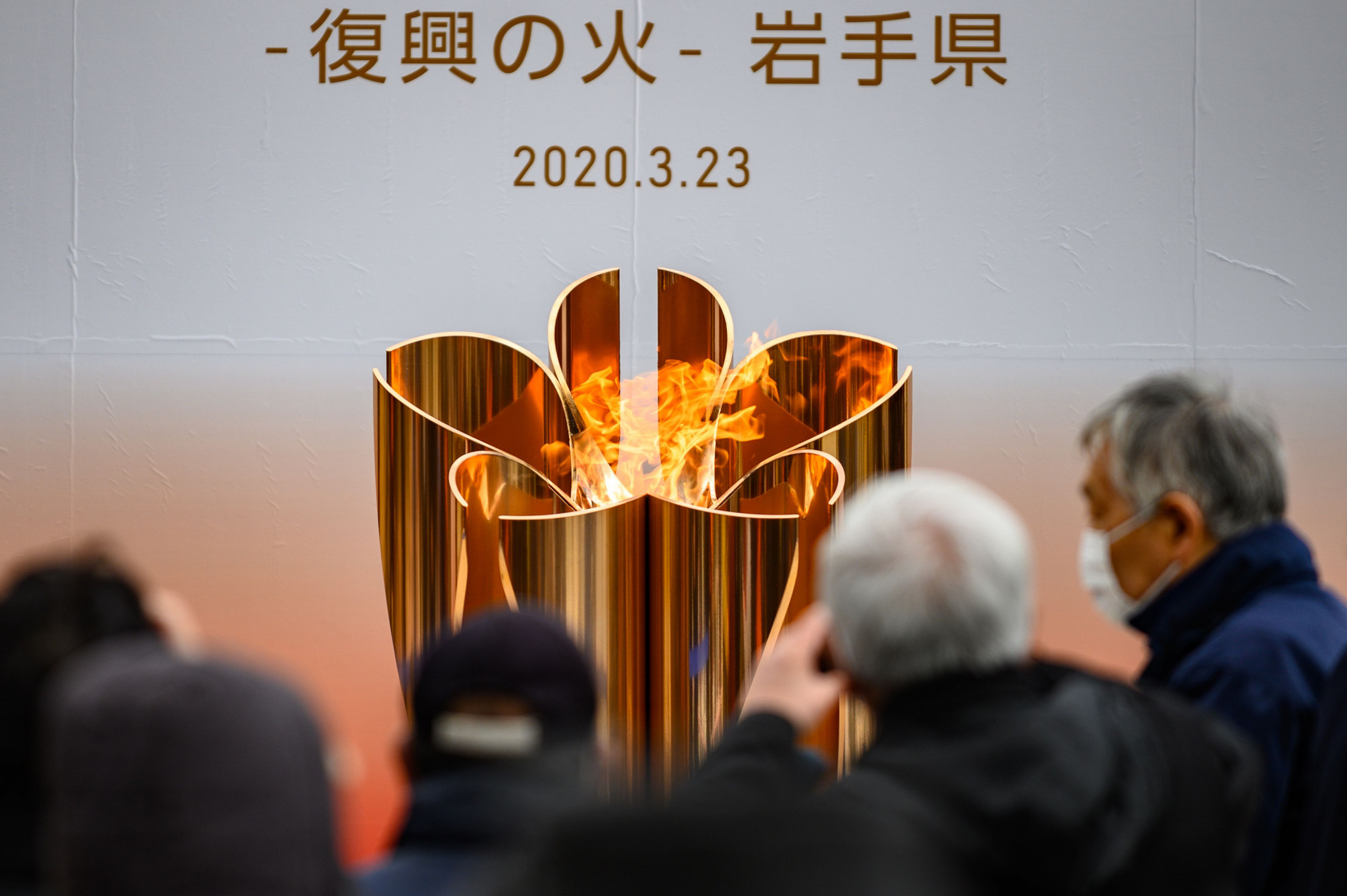 Tokyo 2020 President Yoshirō Mori has said that a decision on whether to continue the Olympic Torch Relay will be made in the coming days.

Mori said that Prime Minister Shinzō Abe is unlikely to attend a ceremony to begin the Relay in the disaster-hit region of Fukushima on Thursday (March 26), which organisers have called the "grand start".

The Relay is scheduled to get underway at the J Village National Soccer Training Center but the International Olympic Committee (IOC) confirmed for the first time yesterday that the Games themselves could be postponed due to the coronavirus outbreak.

Tokyo 2020 chief executive Toshirō Mutō had said there will be no change to the Relay schedule but the pressure has now grown significantly.

In Frankfurt, German Athletes' Commission chairman Max Hartung told DPA that "cancelling the Torch Relay could have been a signal that you are siding with the people in the times of the pandemic".

Hartung, who competed in fencing at London 2012 and Rio 2016, has indicated that he will not compete in Tokyo this year despite achieving qualification.

He has "self isolated" in support of measures to prevent the spread of the virus.

Some 10,000 runners are scheduled to take part in the Torch Relay around Japan, including 66-year-old Yumiko Nimishito.

"A decision should be made before the Relay starts," he said to Kyodo News.

"Both runners and spectators of the Relay would be half-hearted.

"I have mixed feelings as I feel that we are being messed around with."

Haruo Ono, a 68-year-old fisherman chosen as a Torchbearer, has called for the Relay event in Fukushima to take place.

"Even if it is postponed, as the Government has promoted the event as the 'Reconstruction Olympics', it is necessary to do the Torch Relay in Fukushima," he said.

"I will show the world that Fukushima's fishermen are working hard."

The Japan Times has likened  the Torch Relay to "a canary in a coal mine".

Its arrival on Japanese soil last week was a low-key affair after a scaled-back handover ceremony from Greece to Tokyo 2020 in Athens, following the traditional lighting of the Flame in Ancient Olympia.

Organisers had already announced that daily celebration events would be held behind closed doors.

Fans would be allowed on the roadside, Tokyo 2020 said, but they were encouraged not to do so if feeling unwell.

Huge numbers turned up at the weekend to view the Flame when it was put on display at the Sendai railway station, in a region severely affected by the 2011 earthquake and tsunami.

Local estimates put the crowds as high as 50,000, despite coronavirus advice to socially distance.

The IOC yesterday announced a four-week window to consider the next steps for Tokyo 2020.

More than 335,000 coronavirus cases have been reported worldwide since the outbreak began, with more than 14,500 deaths confirmed.