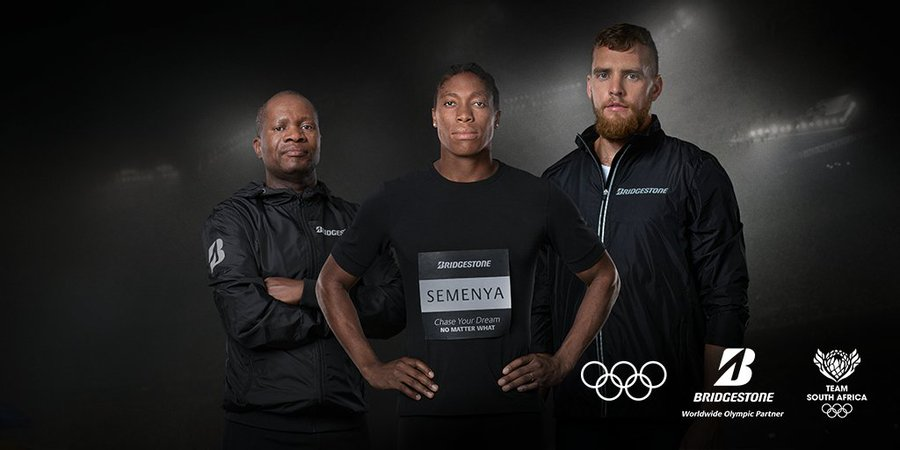 Bridgestone South Africa have announced that double Olympic 800 metres champion Caster Semenya will feature as part of their "Chase Your Dream, No Matter What" campaign.

The tyre company said their campaign is aimed at championing the ambassadors, who they say have shown an "extraordinary determination to fulfill their sporting dreams and reach Olympic Games success".

It is hoped the campaign will help motivate people to strive and overcome adversity to realise their ambitions.

Twenty-nine-year-old Semenya has enjoyed success on the track with two Olympic and three world titles over 800m, but her career has proved a controversial one.

She is currently appealing a high-profile ruling against her by the Court of Arbitration for Sport at the Swiss Federation Tribunal.

This ruling supported World Athletics' regulation that athletes with differences in sexual development, who wish to compete in events ranging from 400m to the mile, must take medication in order to reduce their testosterone levels.

Having been barred from contesting those distances, Semenya recently announced she would turn her attention to the 200m, an event not covered by the regulations.

"Yes, I want to keep making history, to be the strongest and the greatest," Semenya said on the Bridgestone campaign.

"But I also want to show the next generation that anything is achievable.

"If you believe in yourself and work hard, you can conquer the world."

Brittain, a rower who won silver at the Rio 2016 Olympic Games, features in the campaign less than two years after beating cancer.

Thugwane went from poverty to becoming the first black man to win an individual gold medal at the Olympic Games for South Africa.

He won the men's marathon at the Atlanta 1996 Summer Olympics.

"It aims to inspire people of all ages, abilities and passions to find the strength to chase their dreams and overcome any obstacles they face on life's journey," said Jacques Fourie, Bridgestone South Africa's chief executive.

Videos featuring the athletes will be used in broadcasts and social media.

Bridgestone Corporation announced last month it had formed its largest global roster of athlete ambassadors to date in support of the Tokyo 2020 Olympic Games.

More than 75 athletes are being support by the tyre and rubber manufacturer, which is a Worldwide Olympic and Paralympic Partner.