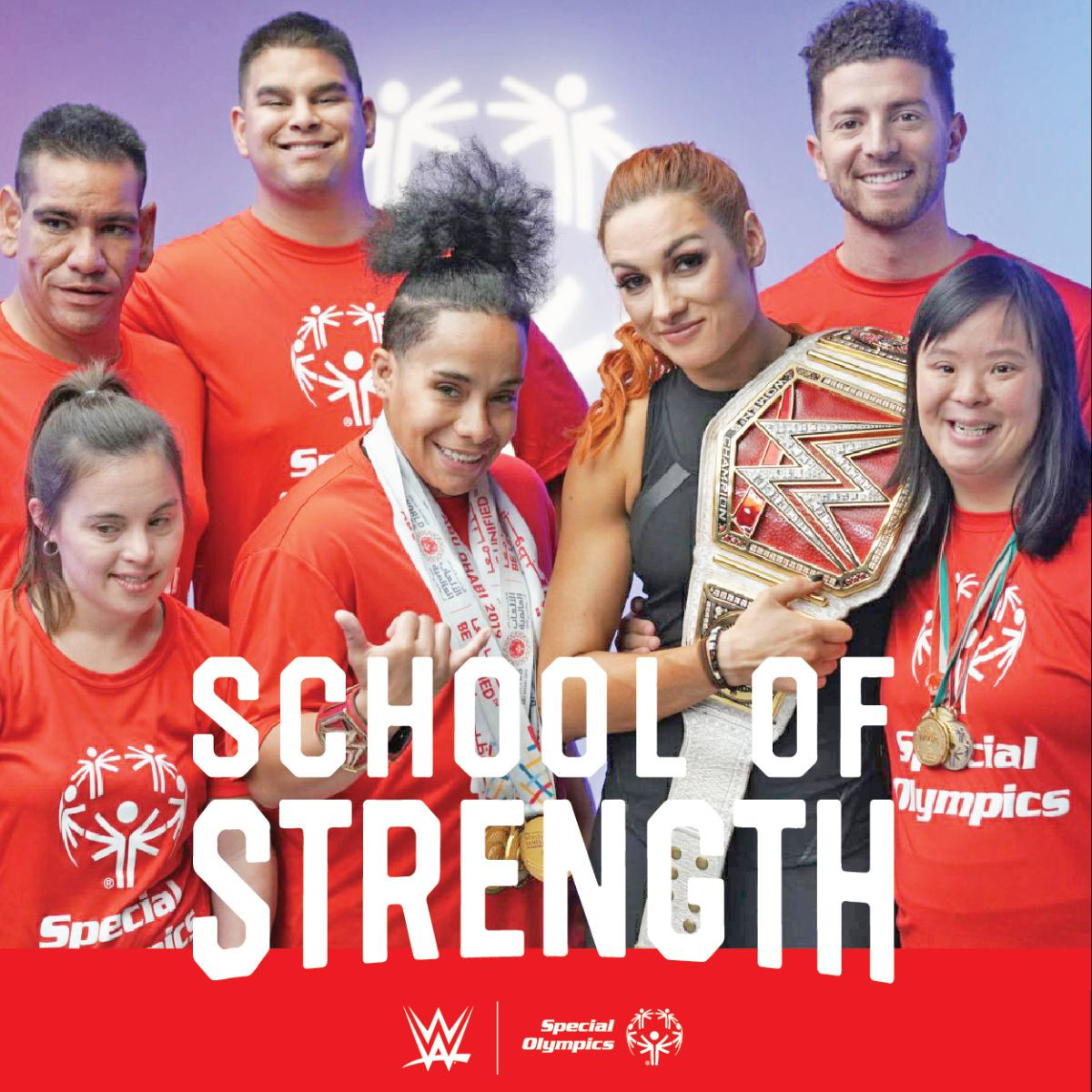 The Special Olympics have teamed up with World Wrestling Entertainment (WWE) wrestler Becky Lynch to bring their athletes workouts from home.

Cooperating with the WWE for the first time on a fitness video series, the initiative, called the School of Strength, targets Special Olympics athletes in their teens and 20s.

Four workout videos will feature with difficulties varying on flexibility, strength, balance and endurance, with the aim of encouraging athletes to stay fit throughout their lives.

The series is seen as particularly important because of the COVID-19 pandemic, which has forced many into their homes.

"Now more than ever all athletes, including those with intellectual disabilities, need to keep their bodies fit and strong in a challenging routine," Special Olympics said.

"The School of Strength campaign was created in response to Special Olympics athletes' requests for the development of more fitness resources that excite and inspire them to stay fit year-round, especially now because like many other athletes, they aren't able to train or compete alongside their teammates."

Raw women's champion Lynch features in the workout videos in the wrestling ring alongside six Special Olympics athletes, and trains them in a series of exercises to achieve different degrees of fitness.

Looking for some extra credit from the School of Strength? Post your workouts as you train alongside our athletes & The Man @BeckyLynchWWE 💯

Those levels are superstar trainer, champion trainer and master trainer.

Exercises include arm circles and leg swings for warm-up, mountain climbers and jumping jacks for endurance, leg lifts and half-kneeling chops for balance and push-ups and super squats for strength.

"The goal is for everyone, no matter your fitness level, to benefit from these videos," said Lynch.

"It's important to me to join this campaign and support those who are breaking barriers for inclusion."

The School of Strength carries on the legacy of 2017 campaign Fit 5, which emphasised exercising five days a week and eating five fruits and vegetables a day, as well a drinking five bottles of water a day.