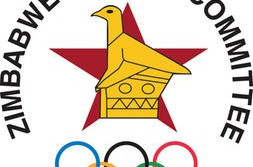 The Zimbabwe Olympic Committee (ZOC) Athletes' Commission have postponed their Forum to a later date due to the ongoing COVID-19 pandemic.

Scheduled for last week, it was hoped that the Forum would educate athletes on the importance of the Athletes' Commission and to raise issues related to safe sport.

ZOC Athletes' Commission chairman Abel Chimukoko said that the general meeting and Forum would be postponed until at least the end of April.

"We are monitoring the situation, if the situation improves then we will carry on but if it doesn't improve we also stand guided by the authorities," he said.

Originally, the meeting was set to have two members of each National Federation appearing, but due to safety concerns, that was dropped to one.

"It's just a postponement, we are not cancelling because it's scheduled, we have to do it sometime, maybe after April."

The meeting was set to outline the formation of guidelines and roles for the Athletes' Commission.

Eight people have tested positive for COVID-19 in Zimbabwe, with one person dying as a result.