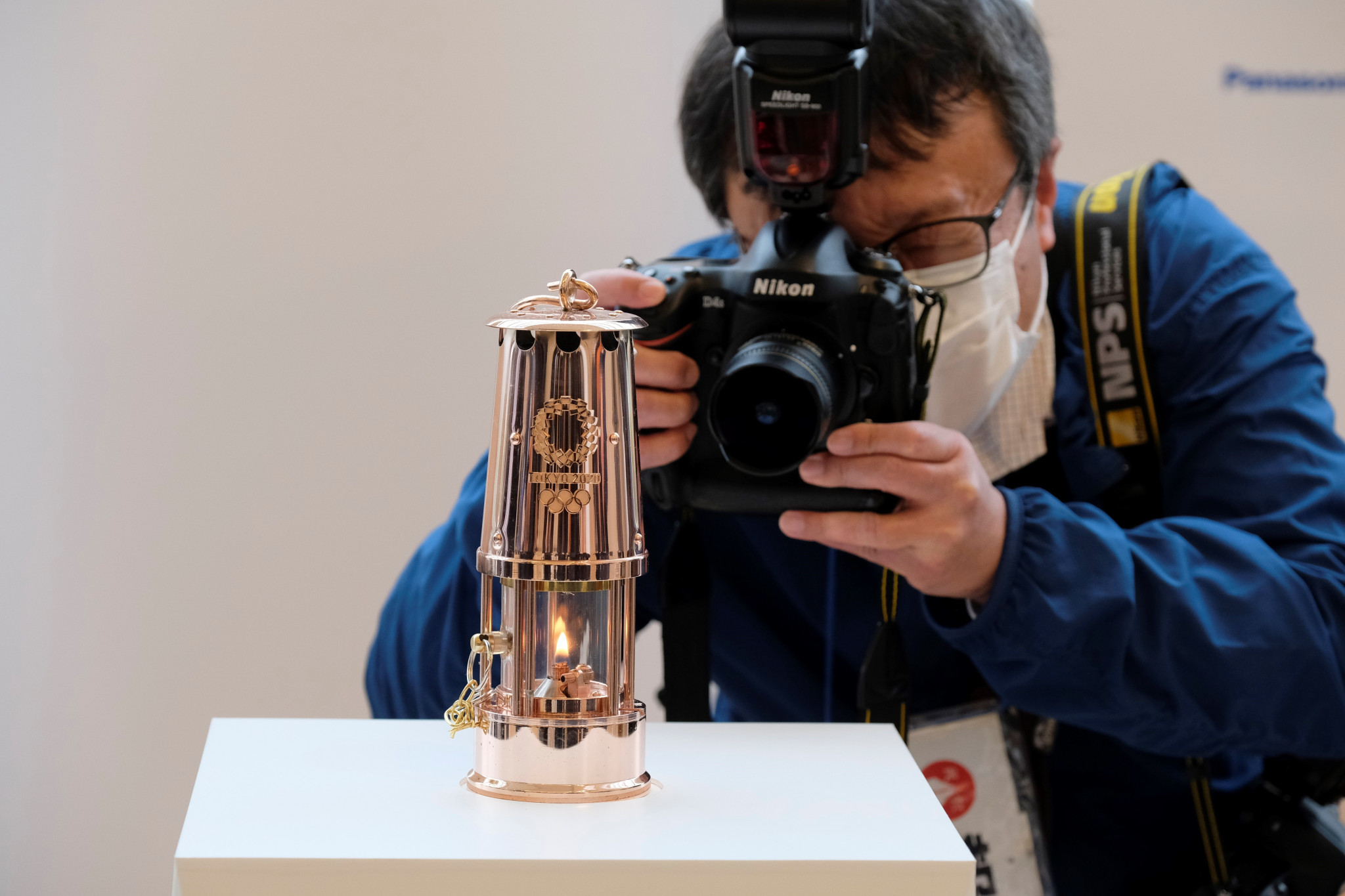 The Tokyo 2020 Olympic Flame has been put on public display in Fukushima, where it will remain until the end of April before it is moved to the Japanese capital.

It has been placed at the J-Village National Football Training Centre, where the "grand start" of this year's Torch Relay was due to take place before the postponement of the Games due to COVID-19.

The Flame display in the disaster-hit region will be open each day from 9am to 4pm, and will be housed in a lantern.

Organisers have asked visitors to observe precautions when they come to view the Flame.

"In order to help prevent the spread of COVID-19, we will request members of the public to wear masks when visiting the venue," a statement said.

"We will reserve the right to deny entry to those not wearing masks.

"We will also ask those who are not well or show symptoms of COVID-19, such as fever or coughing, not to attend.

"We will ask those who do attend to maintain a certain distance from other people to avoid the risk of spreading infection."

Tokyo 2020 say the Flame is "acquiring new symbolism as a beacon of hope for all countries of the world during these most challenging of times".

It is less than three weeks since the Flame was kindled in Ancient Olympia by Greek actress Xanthi Georgiou, who played the role of high priestess.

Georgiou has sent her own message of support as the Flame continues to burn in Japan, despite the Olympics now being confirmed for a July 23 start in 2021.

"It will remain lit to remind us that when we overcome the difficult times we are going through, we should build a better world, where we protect the environment and nature and respect each other despite our differences," she said.

"Societies should be more human and people will live in peace and harmony.

"I wish for good health all over the world."

Fukushima was selected for the "grand start" as organisers are keen to use Tokyo 2020 to promote the region's recovery.

A devastating earthquake and tsunami, which caused a nuclear power plant to meltdown, resulted in the loss of more than 15,000 lives in 2011.

Before the Olympics were officially moved, the plans for this year's Torch Relay had already been considerably scaled back.