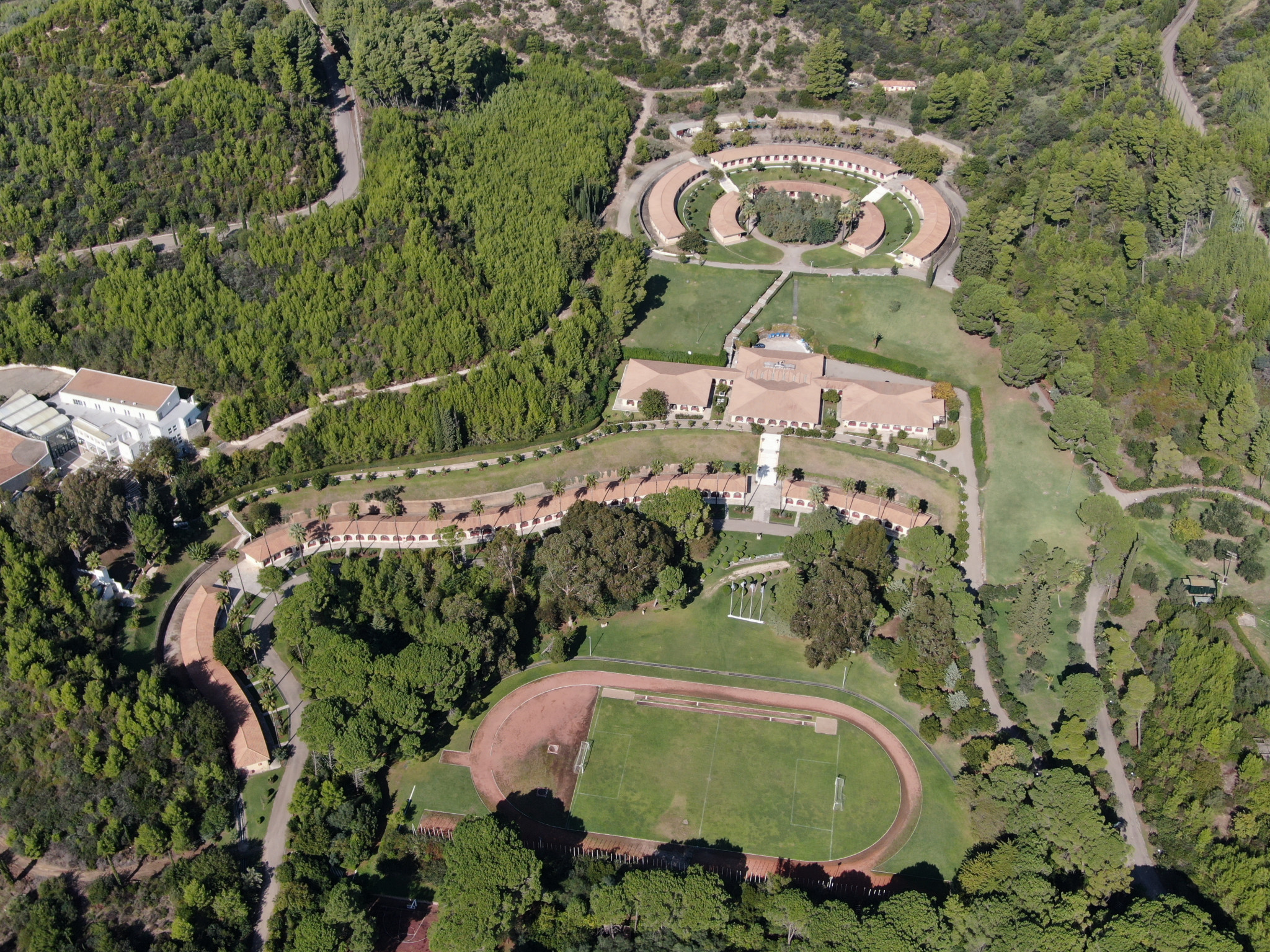 Work has started in Ancient Olympia on a ‘’desperately needed facelift“ for the International Olympic Academy (IOA).

“With this radical renovation, the Academy will enter a new era, with many more activities and a new horizon with multiple targets ahead," IOA President Isidoros Kouvelos told insidethegames.

“I can reassure you that all renovation plans have been based on a common denominator.

"To not let the IOA lose its historical feature, to not interfere with the sensitive surroundings of the premises and to showcase in every possible way, the historicity of the birthplace of the Olympic Games.”

Kouvelos hailed the role of IOC President Bach saying: "I would like to publicly thank him for the trust he shows towards the IOA and its work.

"I am very proud that during my Presidency, the IOA will have the opportunity to do this 'face-lifting' that we desperately needed.”

Despite the coronavirus pandemic threatening to delay work, it began as scheduled after the Flame lighting Ceremony for Tokyo 2020.

Work only started following a thorough examination of all the workers in order to exclude the possibility of a COVID-19 case.

The Academy is set to re-open in time for its 60th anniversary next year.

“My desire is that this new IOA era will be built on a closer cooperation with the IOC and more specifically with The Olympic Foundation for Culture and Heritage, the Olympic Studies Centre, Olympic Solidarity and the IOC Department of Corporate Events and Services, jointly planning educational and instructive seminars, targeting at the best propagation of Olympic values” said Kouvelos.

The IOA was established in 1961 when participants slept in tents and lectures were conducted in the open air.

In the late 1960s, permanent buildings were constructed before a new lecture theatre complex was added in the 1990s.

Some areas of the site were damaged during fires which swept across the Peloponnese in 2007.

Kouvelos said: “The educational activities of the Academy have gradually and significantly increased, reaching their peak in the last 10 years, by which time the IOA operated for nine months a year.”

Expansion has included the development of postgraduate studies, including a Masters degree in "Olympic Studies", a Master of Arts in "Sports Ethics and Integrity" and academic cooperation with six leading universities in Europe and the Hellenic Studies Centre at Harvard University in the United States.

“The pedagogical and scientific legacy of the International Olympic Academy is unique and of enormous importance for the Olympic Movement," Professor Kostas Georgiadis, the honorary Dean of the IOA told insidethegames.

"Innovative activities have contributed towards its growth.

“The new educational perspectives created will enhance the development and promotion of Olympism".

These include projects involving the Olympic Studies Centre, the University of Peloponnese and the prestigious German Sport University in Cologne, and a greater role in the Olympic Values Education Programme.

The renovations are being carried out under the supervision of a joint IOC, IOA and Hellenic Olympic Committee Commission.

“The outward appearance of the facilities is not going to be altered," Dionyssis Gangas, IOA Development project consultant, told insidethegames.

"Important attention was given to the sustainability and ecological aspect to the renovation, ensuring the renovation will not only meet local norms and legislation but will also be friendly to the beautiful environment that surrounds the Academy.”

Accommodation, a restaurant, recreation areas, and conference and teaching rooms will be renovated in order to meet so-called "modern expectations.”

Sporting facilities on the site will be upgraded to so-called “current international standards.”

New sewage and water networks will be installed along with central heating, air conditioning and an improved fire extinguishing system.