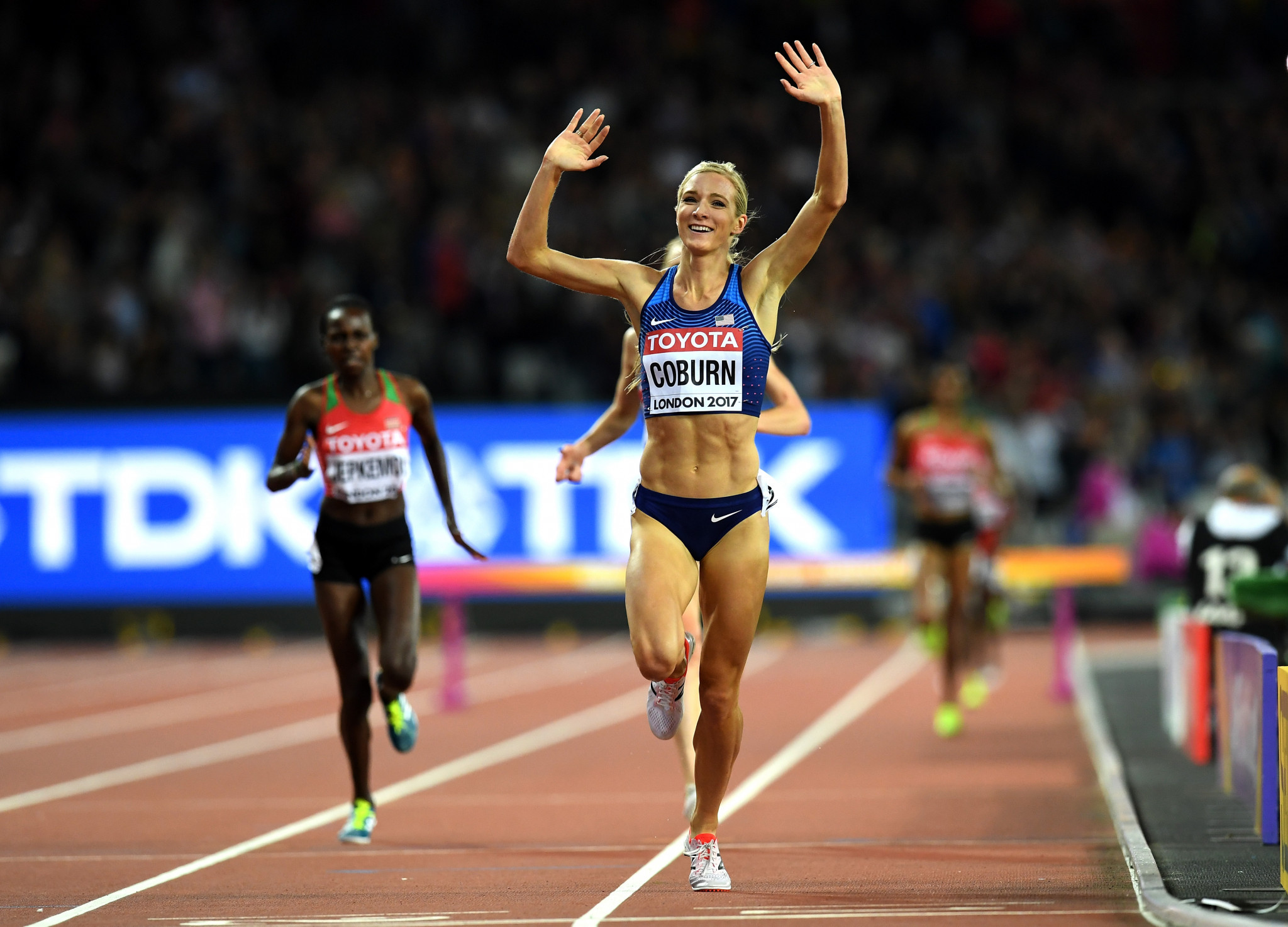 Some of the world's most recognised athletes have responded to World Athletics' new Tokyo 2020 Olympic qualification system, which prevents competitors from securing a qualifying time before December 2020.

The new rule follows Tokyo 2020 being moved to 2021 because of the COVID-19 outbreak, and means results achieved before December will not count towards either Olympic places or the world rankings.

Many athletes have already qualified for the Olympics, given the qualification period began on either January 1 or May 1 of 2019 depending on the event.

Emma Coburn, the 2017 world steeplechase champion, was one of many to question the decision and was joined by her American steeplechase compatriot Evan Jager in her disappointment.

Coburn said on Twitter: "This decision really stings, if we do get to race anything in 2020, our Olympic qualifying times won't be counted.

"This takes away the last bit of hope of making 2020 a productive, meaningful year in our career."

Olympic silver medallist Jager, who currently does not have the qualifying standard for Tokyo 2020, also did not agree with World Athletics' stance.

Jager said: "Pretty disappointed about this decision, even if COVID-19 clears up in some countries and it's safe to compete, World Athletics takes away a major motivation to run fast this year.

"I understand freezing the world rankings but I feel achieving the Olympic standard should still be on the table."

Pretty disappointed about this decision. Even if COVID-19 clears up in some countries and it’s safe to compete, WA takes away a MAJOR motivation to run fast this year. I understand freezing the World Rankings but I feel achieving the Olympic Standard should still be on the table. https://t.co/MXyecRnTVk

"I am grateful for the detailed work and feedback from our Athletes' Commission and Council who believe suspending Olympic qualification during this period gives more certainty for athlete planning and preparation and is the best way to address fairness in what is expected to be the uneven delivery of competition opportunities across the globe for athletes given the challenges of international travel and Government border restrictions," he said in a statement.

Others in Europe have been critical about the effects it will have on competitions still set to go ahead in 2020, however, with British middle-distance runner and European indoor silver medallist Chris O'Hare pointing out the decision could affect the European Championships, set for Paris from August 26 to 30.

"Potential situation – an athlete runs an Olympic standard in a European Championship or British Championship (both apparently still going ahead) but it doesn't count?" he said in a tweet.

His 1,500m compatriot Neil Gourley echoed similar sentiments, saying: "For all we know there may be no races held this year, however if World Athletics are able to safely hold a series of meets late in 2020, this is bizarre.

"As if it isn't already hard enough to qualify, the goalposts will be changed again?"

Jamaica's 3,000m steeplechase Commonwealth Games champion Aisha Praught-Leer also posted a thread on Twitter where she spoke about the financial problems that may come from the decision, for athletes who rely on qualifying times to make sponsorship deals.

She claimed the world rankings "will be a mess".

However, Greek pole vaulter Katerina Stefanidi believes suspending the qualification period is the correct thing to do.

The Rio 2016 Olympic champion, who sits on the World Athletics Athletes' Commission, said: "This is definitely the most fair decision across the board and it will reduce stress due to uncertainty.

"So, it would be unfair to count standards if for example only five to 10 countries can compete and not others."

The 2021 World Athletics Championships in Eugene have been moved to 2022 after Tokyo 2020 was rescheduled for next year.