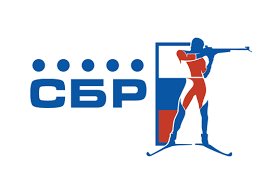 A crucial meeting of the Russian Biathlon Union (RBU) Council next month has been postponed indefinitely because of the coronavirus pandemic.

Under-fire RBU President Vladimir Drachev told Russia's official state news agency TASS that the meeting of the 48 members representing regional biathlon federations could not be held amid widespread concern over the COVID-19 virus.

Drachev said the meeting would most likely be rescheduled for November to coincide with the Russian Biathlon Championships in Khanty-Mansiysk.

"Discussions of this session were set to focus on the results of the previous two years, achievements and mistakes as well as the development of the sport of biathlon in the regions," the 54-year-old said.

"However, the coronavirus pandemic cancelled it."

Drachev is facing calls to resign as President of the RBU after a group of athletes and officials urged him to step down before his term ends next year.

TASS reported 24 people, including several Olympic gold medallists, had written to Drachev to express their discontent with his work in the role.

The Sports Ministry had earlier expressed concern over the disagreement between the RBU and its members, telling them to put aside their differences during the coronavirus pandemic.

Russia has reported nearly 25,000 cases and 198 deaths from the virus.