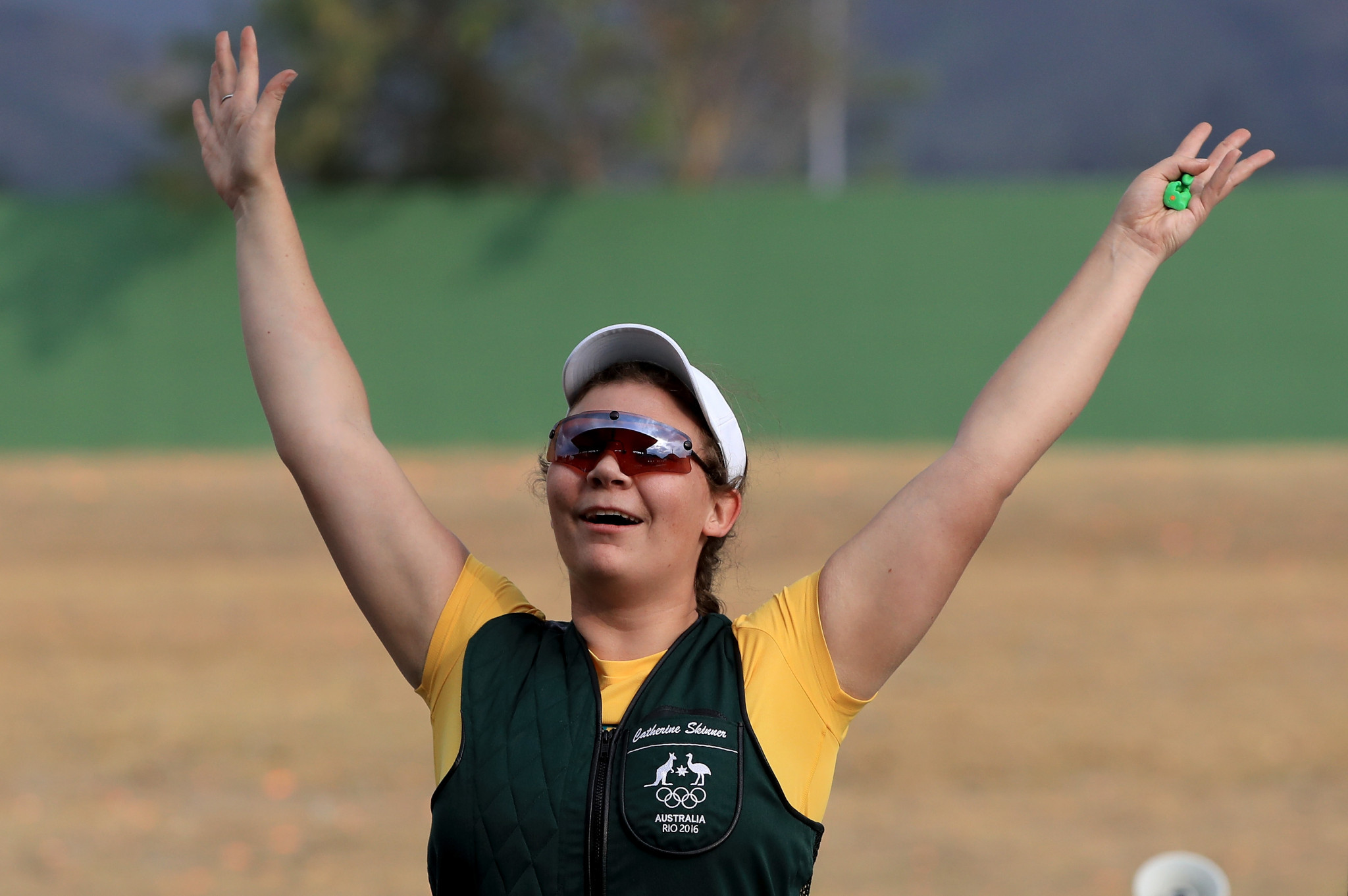 The Australian Olympic Committee have announced the 15 athletes who will represent the nation at the Tokyo 2020 Olympics in shooting, with Rio 2016 gold medallist Catherine Skinner being the biggest omission.

Skinner, who won one of Australia's eight gold medals four years ago in the women's trap, missed out after being outgunned in the selection trials by Penny Smith and Laetisha Scanlan, with both making the team.

Smith is set to be one of seven Australian shooters to make their Olympic debut and spoke of her pride at holding off top competition.

She said, "Women's trap is so competitive in Australia and I'm so proud to have won the nomination trials and made the Olympics team.

"Making the Tokyo Olympics is a lifelong dream come true.

"I've got nothing to lose in Tokyo, I just want to soak up the experience and make my country and family proud."

In the men's trap, Tom Grice will make his debut at the Games and will be joined by James Willett, who narrowly missed the bronze medal match in the double trap in Rio.

Air pistol shooters Dan Repacholi and Dina Aspandiyarova have also made the team as the most experienced members of the squad and are due to take part in their fifth and fourth Olympics respectively.

They will be joined by Sergei Evglevski and Elena Galiabovitch in the pistol events, with the former following in the footsteps of his mother, Lalita Yauhleuskaya, who represented Belarus and Australia in six Games from 1996 to 2016.

Dane Sampson will also make his third Olympic appearance in the 10 metres air rifle event with the 2018 Commonwealth Games champion saying he is in his best form yet.

Sampson said, "I’m proud to have made my third Olympic team and I’m excited as I’ll enter Tokyo in the best form of my life.

"The Olympics is so special because it brings together 11,000 athletes from across the world, every background imaginable, but you can all relate to each other.

"No matter what sport, you’ve all dedicated your life and made sacrifices to be the best you can be and there’s a real respect and kinship in that – I’m excited to get to experience that again in Tokyo."

The rifle team is the biggest of the four disciplines with Sampson being joined by Elise Collier, Alex Hoberg, Katarina Kowplos and Jack Rossiter.

BREAKING NEWS: 15 shooters have officially been selected to the @AUSOlympicTeam for the @Tokyo2020 Olympics to be held in 2021! 🎫🛫🇯🇵

Paul Adams and Laura Coles will also compete in the team in the skeet competition.

Australia Chef de Mission Ian Chesterman welcomed the new athletes to the team when he said, "“Making a single Olympic team is an incredible accomplishment, but for Dan to make it to five Games, Dina four and Dane three is exceptional.

"To maintain excellence over such a long period is a special achievement.

“This is a day to celebrate not just for the athletes selected, but their families, friends, supporters, coaches, trainers, the state and Australian Institutes of Sport and the entire shooting community who have helped make them the athletes and people they are today.

“I also want to thank Shooting Australia for its tireless work to develop such immense talent and depth across the Olympic shooting disciplines.”

There are now 71 athletes from Australia officially selected for the Tokyo 2020 team to date.