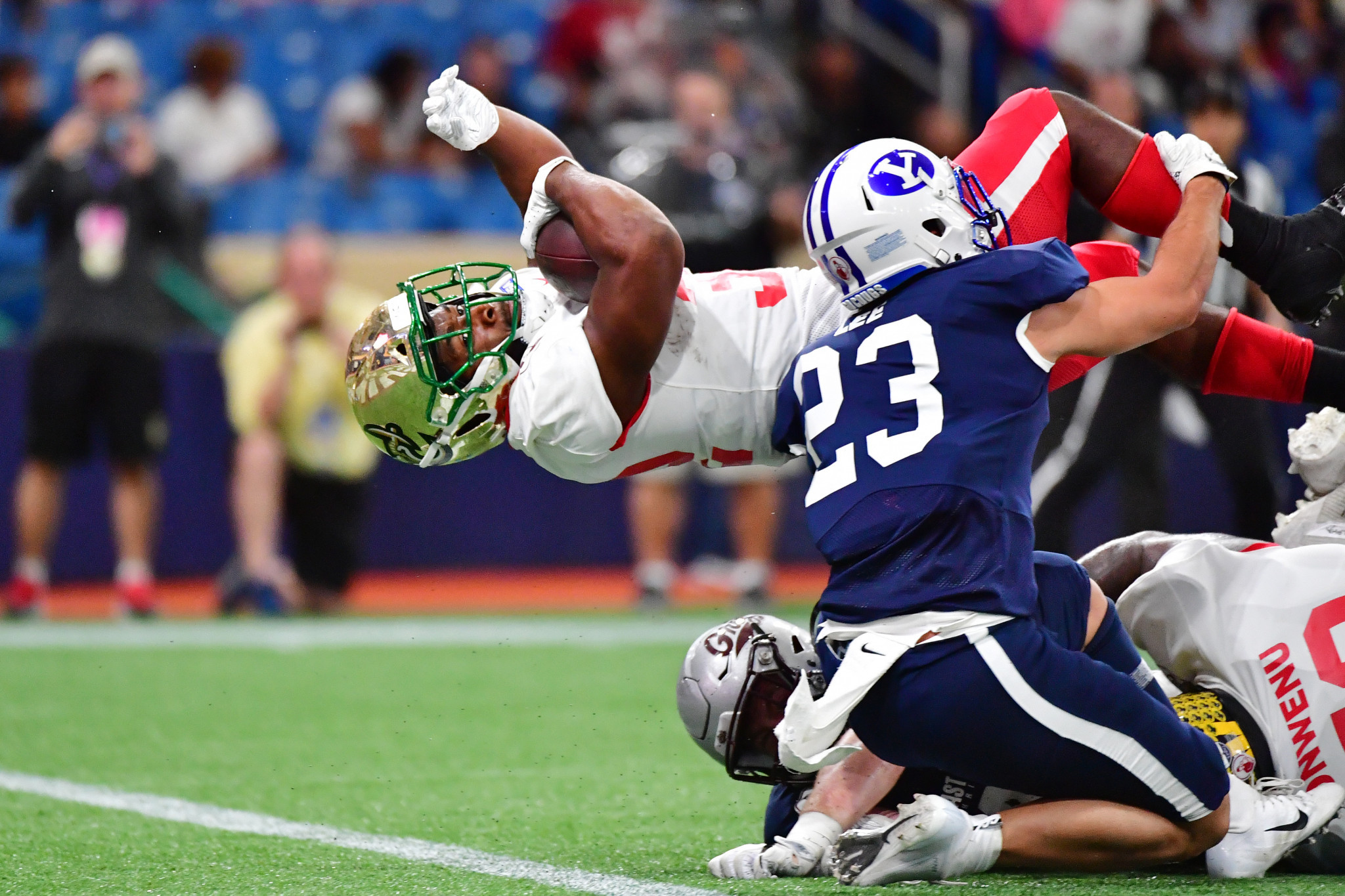 College football matches will not resume until students return to campus in the United States, as the coronavirus crisis continues.

University sport in the United States has been halted due to the coronavirus pandemic, with the the National Collegiate Athletic Association (NCAA) having cancelled all winter and spring Championships.

This included men's and women's basketball tournaments - often known as March Madness - which are two of the NCAA's biggest events of the year.

The women's gymnastic championships, baseball's College World Series, ice hockey's Frozen Four and both men's and women's golf championships are among the cancelled events, along with the indoor track and field championships.

Bob Bowlsby, commissioner of the Big 12 Conference, confirmed college football would not resume until students have returned to campuses.

"Our players are students,” he said, according to CBS News.

“If we're not in college, we're not having contests.

"Our message was, we need to get universities and colleges back open, that we were education-based programmes, and we weren't going to have sports until we had something closer to normal college going on.”

United States has had the highest number of coronavirus cases, with over 686,000 reported and more than 35,000 deaths.

Over 2.2 million cases have been recorded worldwide since the outbreak began, with the overall death toll at more than 150,000.

The pandemic has also led to the postponement of the Tokyo 2020 Olympic and Paralympic Games.