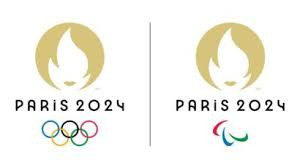 Grégoire Koenig has been appointed as an advisor of institutional relations for the Paris 2024 Olympic and Paralympic Games.

Koenig has previously worked at Paris City Hall, where he served as the advisor of press relations from 2011 to 2013 for then Paris Mayor Bertrand Delanoë.

He also advised Jean-Paul Huchon, then President of the Ile-de-France Region, on communications and press services in 2013.

Having served in the role from 2014 to 2017, he began working for French Minister of Transport Elisabeth Borne.

Koenig will report to Michaël Aloïsio in his new role.

Aloïsio served as the chief of staff to Paris 2024 President Tony Estanguet, having previously been the deputy chief executive during the bid phase for the Olympic and Paralympic Games.

She will be responsible for overseeing the growth of the Paris 2024 Organising Committee, with four years left to the Olympic and Paralympic Games.