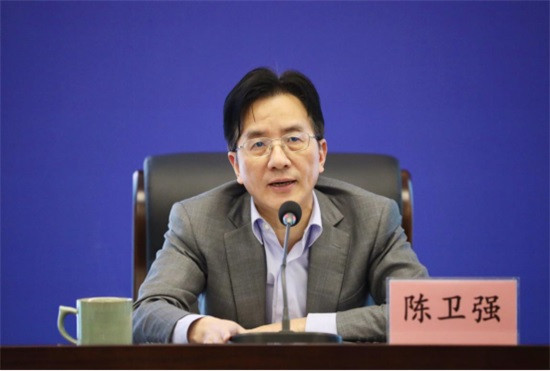 The Organising Committee of the Hangzhou 2022 Asian Games are holding a four-day training session for staff.

The four day training course started yesterday and is for personnel recently recruited by organisers, venue staff and members of the organising team who had not previously taken part in a course.

Chen Weiqiang, deputy secretary general of the Asian Games Organising Committee and deputy Mayor of the Hangzhou Municipal Government, said that the training sessions were designed to help attendees understand more about the preparation to stage the 2022 Asian Games in the Chinese city.

During the training, Weiqiang told attendees that through their involvement with Hangzhou 2022 they were "running a meeting and upgrading a city."

He also encouraged workers to actively build the "brand Asian Games", and to promote Hangzhou 2022 across the whole of the city and the country.

"The Asian Games is not just a sporting event, it is the presentation of Hangzhou as the first city of digital economy and the expression of urban culture," said Weiqiang.

"It is also an activity that integrates culture, economy, technology and politics.

At the end of his speech, Weiqiang issued all participants with three requirements to fulfil during their involvement with Hangzhou 2022.

The first was to "cherish the opportunity", as he encouraged workers to love their roles and be proud to be involved with the Asian Games.

The second was to "cherish the time", as he encouraged participants to ask questions and learn as much as they could from the experience.

His third and final message was "focus on image", as he encouraged participants to "win glory for the team", by being kind and helpful to everyone they came across in their roles, and also being disciplined and and following the rules.

After Weiqiang's speech, participants heard from members of the Asian Games's competition department who spoke about the history of the event and the background to the Hangzhou 2022 edition.

The training course runs until April 24.