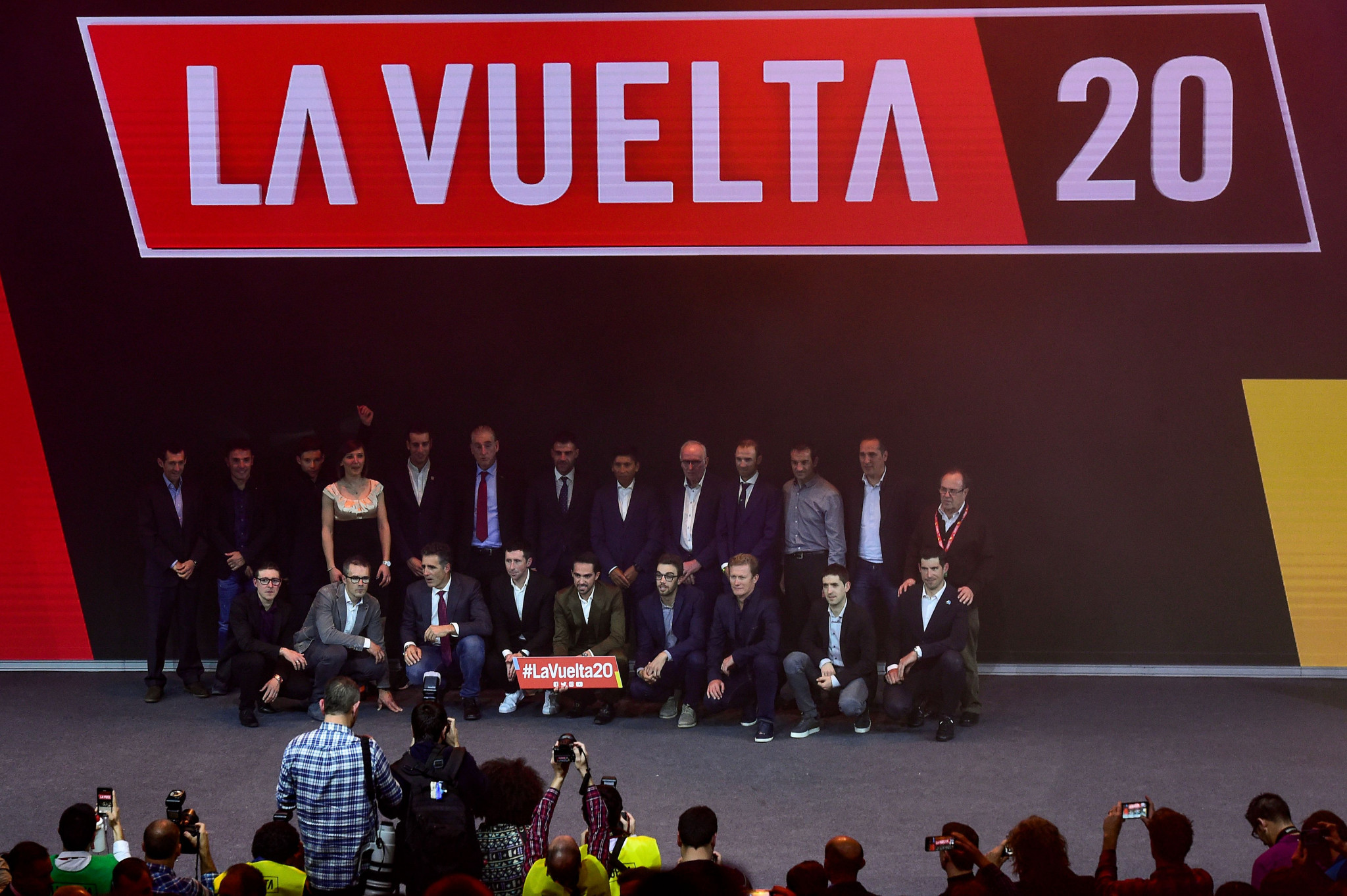 Organisers of the Vuelta a España have confirmed the 22 teams for this year’s Grand Tour, which has been modified due to the coronavirus pandemic.

All 19 International Cycling Union (UCI) WorldTour teams are automatically invited to the race.

Total Direct Energie have been invited to the race after the French-registered team topped the 2019 UCI Pro Teams classification.

Organisers were able to invite a further two teams to the race as wild cards.

Caja Rural-Seguros RGA have become a near fixture at the race, with the team having been invited every year since 2012.

Burgos-BH will participate in the race for the third straight year.

The Vuelta is due to take place from October 20 to November 8, with Spain’s capital Madrid hosting the final stage.

The Vuelta was due to begin in The Netherlands, but the first three stages of the race were cancelled due to the coronavirus pandemic.

It left the race reduced to 18 stages.

Stages 15 and 16 will also be modified to avoid entering Portugal as initially planned, with organisers saying optimal race conditions cannot be guaranteed in the country due to the pandemic.

The race will take place as part of a revised calendar announced by the UCI last week.

The final five days of the Giro d’Italia will overlap with the start of the Vuelta a España.

Organisers of the Giro d’Italia, RCS Sport, welcomed the publication of the race calendar last week and acknowledged sacrifices had to be made.

"In order to save and safeguard the important heritage of cycling races, some sacrifices had to be made considering the short time span within which we could include all the season’s races," RCS Sport said.

"We made a number of alternative proposals which, in our opinion, would have resulted in reduced overlaps among races in the calendar.

"These proposals have not been adopted.

"However, we believe this result is important for the restart, especially at this time, given the dramatic health situation that is affecting all areas of our lives."

Deceuninck-QuickStep manager Patrick Lefevere, writing in a weekly column for Het Nieuwsblad, said it was not the time to be difficult about the calendar.

Lefevere, however, acknowledged there would be challenges with the overlap of the Giro d’Italia and Vuelta a España, as well as a series of one-day classics within a short period of time.