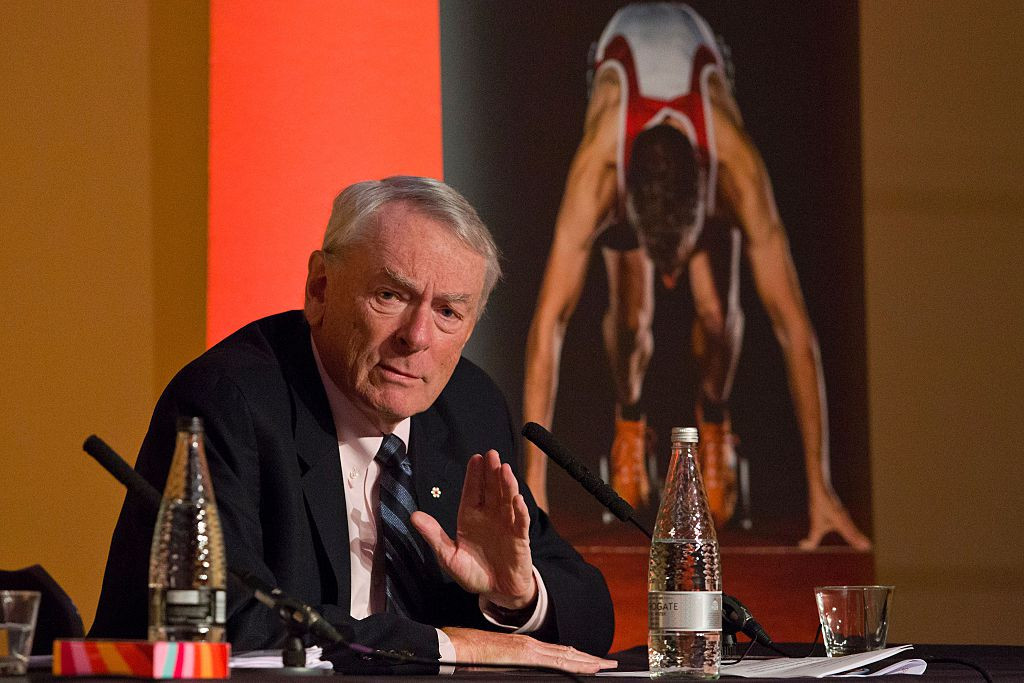 In an interview with Sailing Illustrated, Pound warned IFs need to "come clean" regarding their actual financial position if they are to receive support from the IOC.

Some Summer Olympic IFs publish their accounts and audited statements, but the likes of World Athletics still refuse to do so.

Federations have been left counting the cost of the coronavirus pandemic and the postponement of the Tokyo 2020 Olympics, prompting some to appeal to the IOC for financial assistance.

World Sailing is among those to have directly asked the IOC for an advance on their share of the Olympic Games revenue to mitigate the financial impact of the COVID-19 crisis.

A number of IFs representing sports included on the Tokyo 2020 programme are facing cashflow challenges of varying degrees of severity as a result of the expected postponement by one year of multi-million dollar payments they would normally have expected to receive from the IOC soon after the Games.

IFs worst hit by the absence of Olympic money will have greeted an announcement yesterday that they will be offered repayable loans from the Swiss Federal Council and the IOC with considerable relief.

"International Federations and National Olympic Committees have come to depend, more and more and perhaps to too great an extent, on their share of the revenues," Pound told the Sailing Illustrated programme this week.

"Some of the receipts are going to be deferred until after the Games take place and one of the questions we will have to wrestle with is, do we have to finance the next year's activities to enable them to prepare for the Games a year later and the deferred revenue comes in after the Games has finished?

"The IOC is certainly capable of doing something because we have been putting money aside for the proverbial rainy day for some years now and have a little bit of a war chest that is available.

"You have to be careful in managing your money and while we would like to help, and probably will help, part of it will involve the IFs coming clean on their actual state of their financial affairs and that has always been more closely guarded than nuclear secrets."

Pound, the IOC's most senior member, claimed some small to medium-sized Federations "have not been gifted with great fiscal leadership".

"You can cover up a lot of poor management by the 'Manna from heaven' which comes from the Olympics," the Canadian added.

"The IFs that come to the IOC for help, before any revenue is received or receivable, are going to have to demonstrate a need and have to provide undertakings as to the level and reliability of their financial statements in future."