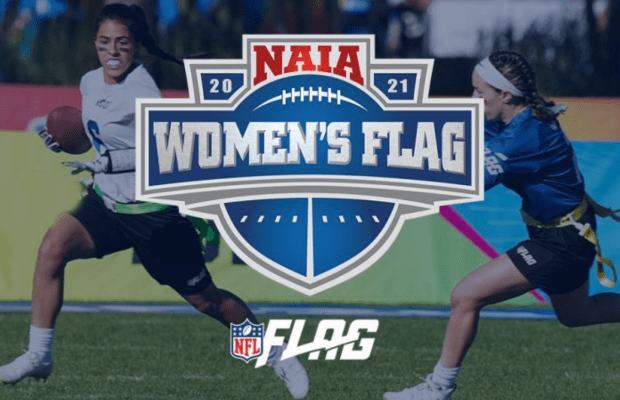 The National Football League (NFL) and the National Association of Intercollegiate Athletics (NAIA) have launched women's flag football as a collegiate sport in the United States.

Plans between the two organisations will see flag football join the collegiate system in 2021, an NAIA statement said.

A showcase is now planned for later this year, for athletes looking to join one of the teams.

NFL vice-president Troy Vincent said that "football is for everyone" and highlighted the need for equality in sport.

"The groundbreaking and historic joint venture provides an opportunity for the values, fun and competitive environment of football to be enjoyed as a varsity sport by female student-athletes attending NAIA institutions across America," he said.

To be classified as an emerging sport by the NAIA, at least 15 member schools will need to field teams while an "invitational championship" must have at least 25 teams.

A minimum of 40 schools need to have teams to qualify for a full championship, with the NAIA wanting to hold an emerging sport championship in 2022.

"The NAIA is thrilled to partner with the NFL in launching women's flag football," said NAIA President Jim Carr.

"This is a fantastic opportunity for our members to expand their athletics programming with support from valuable partners like RCX and one of the most relevant and successful professional sports leagues in the world."