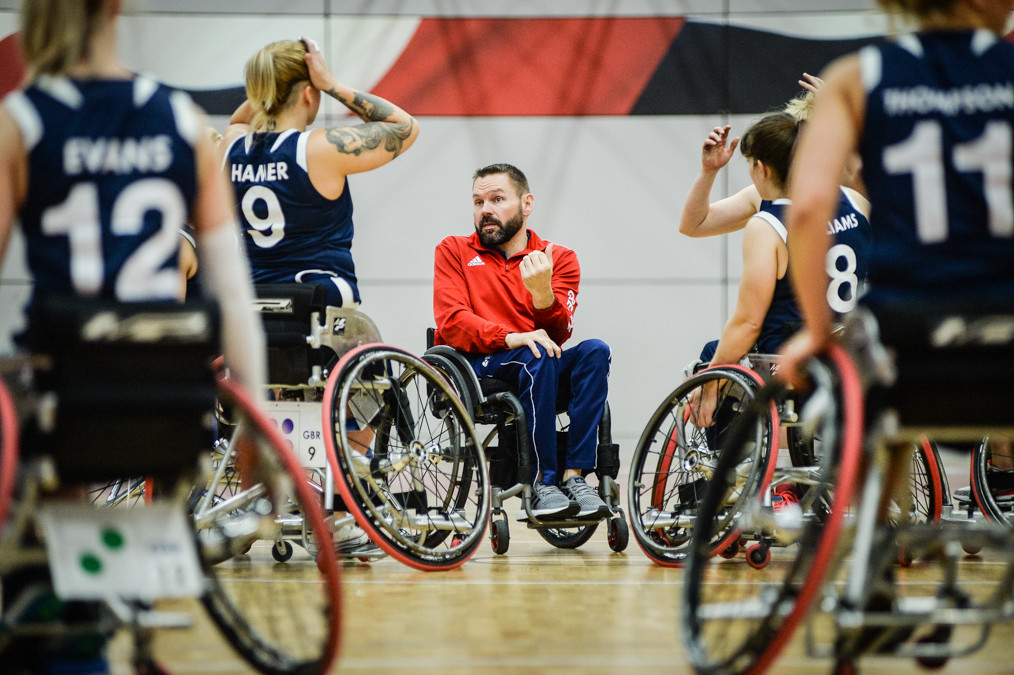 Dan Price, the interim lead coach of the British women's wheelchair basketball team, has announced that he is leaving the performance programme ahead of the postponed Tokyo 2020 Paralympics.

After four years in the coaching team at British Wheelchair Basketball, the American confirmed his departure to the squad late last week.

Price was appointed as the women's assistant coach in 2016, before transitioning into the position of interim lead coach in October with a focus on the Tokyo Games.

The British women's team heads into Tokyo with a chance to win a medal in wheelchair basketball for the first time in Paralympic history after winning silver at the 2018 World Championships and 2019 European Championships.

Price had joined British Wheelchair Basketball after a period working in the United States in the sport.

He announced his decision to the British women's team via a video conference call from his home in the US.

British Wheelchair Basketball performance director Jayne Ellis praised his time with the team, with the Tokyo 2020 Paralympics now scheduled for 2021 due to the COVID-19 pandemic.

"Dan has been a vital contributor to the sustained success of our GB Women's team over the last four years," she said.

"He has brought to British Wheelchair Basketball international coaching knowledge and insight.

📣 British Wheelchair Basketball can confirm Dan Price, Interim Lead Coach (Women), has made the difficult decision to leave the GB performance programme after a successful four-year tenure with the GB Women's team.

"He has always been resolute and consistent in his passion to develop a world leading women's programme.

"I cannot express deeply enough our gratitude to Dan for the dedication and commitment he has shown – I am sure the whole sport in the UK will join me in wishing Dan every success in his future career."

Price added: "During such challenging and uncertain times as we are now encountering, the physical distance from my family and loved ones has never felt so great.

"Undoubtedly the last few months has been a time of reflection and the need to be nearer those close to me has certainly become more of a priority.

"I will be truly sad to leave British Wheelchair Basketball and I have developed firm friendships within the team there.

"I also take with me memories and successes that I will treasure always.

"I have no doubt that GB women's team will realise the Paralympic success they so rightfully deserve in Tokyo, and I will be very proud to have been part of their incredible journey."

After two runs to the quarter-finals at the 2008 and 2012 Paralympic Games, Britain had its best finish in the women's competition at Rio 2016, finishing fourth.