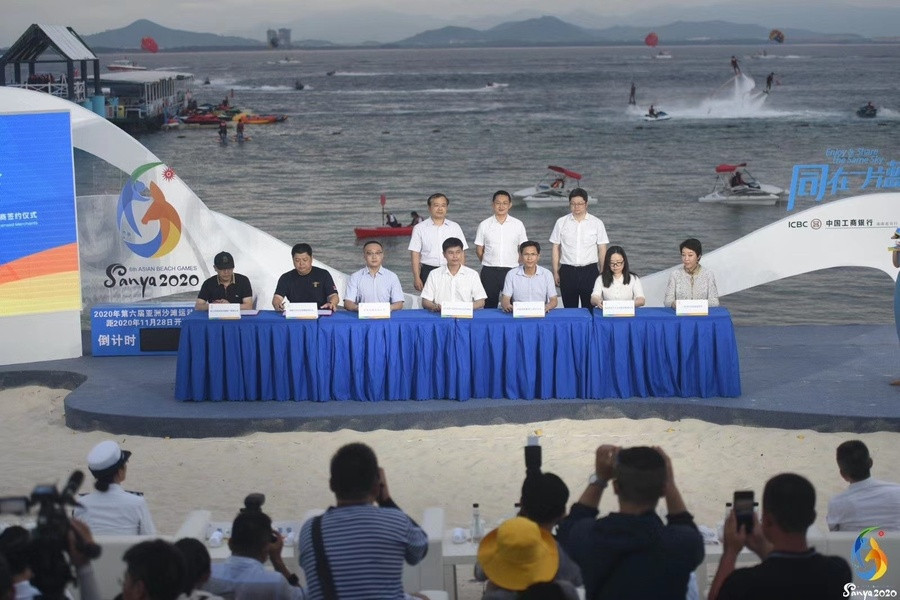 Medical workers who battled the coronavirus pandemic in Hubei province will be used as Torchbearers for the Sanya 2020 Asian Beach Games.

The announcement was made during a ceremony marking 200 days until the Asian Beach Games, scheduled to take place in the Chinese city of Sanya from November 28 to December 6.

Representatives of the Hainan medical team assisting Hubei province during the pandemic were invited to the ceremony, where it was revealed they would be taking part in the Torch Relay in the run-up to the Games.

The ceremony also included the official launch of the new Asian Beach Games website and the contract signing of the first batch of merchandise licensees.

Highlights of previous Games and interviews with residents of Sanya were shown.

The theme of the ceremony was the "fighting spirit of the people of Asia."

"Some dreadful calamities, such as earthquakes, tsunamis and epidemics cannot be prevented," Sanya 2020 said.

"But in the end our fighting spirit will prevail.

"Whether it is in China or other parts of Asia we choose to stand side by side when a dreadful disaster happens.

"In times of hardship it is the togetherness that helps keep alive the glimmer of hope.

"Under the same blue sky, 45 Asian National Olympic Committees are forming a community with a shared future.

"When we unite as one we can win this fight against the virus."

The sixth edition of the Asian Beach Games is set to feature 17 sports across four venue clusters.