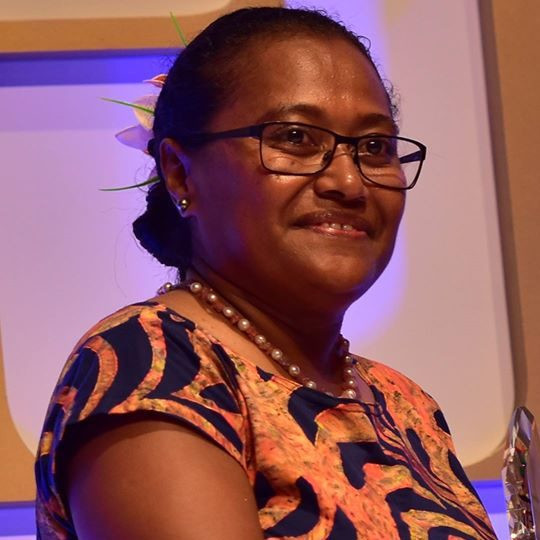 The new President and Board of Weightlifting Fiji (WF) have been told they are "leading the sport in gender equality".

More than half of the Board is female, and the outgoing President Atma Maharaj has been replaced by a woman, Della Shaw-Elder.

The changes signal "a strong continuing commitment to growing gender equality and female participation within the sport", said a statement by WF.

Ursula Papandrea, who became the first woman to lead the International Weightlifting Federation (IWF) when she was appointed Acting President this year, wrote to Shaw-Elder to congratulate her.

Papandrea, who has often spoken of the need for more women in positions of influence in weightlifting, said the Fiji election results were "great news" and wrote: "Congratulations to the Fiji Federation for exceeding International Olympic Committee recommendations and leading the sport in gender equality."

Throughout Maharaj's second spell as President, since 2013, WF has "always had a very strong representation of female Executive Board members," Shaw-Elder told insidethegames.

"It is not by design but we have a very good recruitment process," she said.

"It's about getting the job done, quality, credibility rather than gender."

For a short while two years ago, when WF was involved in a damaging dispute with its own athletes which led to Board members being suspended, Shaw-Elder was the only woman remaining on the Board of WF.

Earlier, Shaw-Elder, speaking at A Women in Sports workshop in Suva, encouraged women to come forward and take up leadership roles in sporting organisations and said: "Women provide a different outlook, perspective and experiences that can create a much better, well-balanced organisation."

"Women need to be more forthcoming, bolder, and trust in their abilities.

"They need to have a go-getter attitude and reach for the skies.

"I'd like to see more women coaches and technical officials in Fiji and the region."

One of Shaw-Elder's aims is to widen the recruitment process into the sport, a process that is already underway.

Fiji comprises 14 provinces and more than 300 islands, but in the past, weightlifting has been dominated by two clubs, from the capital, Suva, and most notably from Levuka, the island that provided the national team with most of its lifters for many years.

"We have grown our grassroots from the two clubs we have traditionally had and we now have five clubs," said Shaw-Elder, adding that there were plans to create two more.

"In addition we have remobilised the sport in Levuka with the setting-up of a new satellite centre.

"Our goal is to build on our successes and strengthen our grassroots programmes and local competitions."

The dispute with athletes arose in 2017 when WF appointed an Iranian coach. The Levuka lifters started a boycott, and as a result Fiji lost its national team and a chance of an Olympic medal.

Fiji's biggest talent, Eileen Cikamatana, who would have been a medal contender at the Tokyo 2020 Olympic Games, lost her chance to qualify when she decided to compete for Australia rather than go along with the changes in Fiji.

Fiji also had to field a severely weakened team at the 2019 IWF Junior World Championships, which it hosted in Suva.

Earlier this year, WF announced its support for the new gym in Levuka, run by former international lifter Sade Vira.

"We are pleased to have elected a vice-president who hails from Levuka," said Shaw-Elder.

"Eremasi Qalibau, who is helping Vira with the new Satellite Centre was the original coach from Levuka and helped identify and develop several Levuka-based athletes over 10 years, in the late 1990s and early 2000s."

Shaw-Elder said plans were underway to build a new high-performance centre in Suva, and that the new young team was progressing well.

The national awards for young sportsman and young sportswoman both went to weightlifters, Daniel Shaw and Rebecca Johns, and Fiji was "on track to developing a new cadre of elite athletes, over time".

Shaw-Elder said Levuka weightlifters who took part in the boycott would be welcomed back provided they signed an agreement to abide by WF rules, and other conditions, which have been previously announced.

Some had already returned, she said.

Shaw-Elder has been involved in weightlifting for more than 25 years as an athlete, coach, manager and Board member.

She was the first female IWF category one technical official from the Pacific, and has attended many international competitions.

After working for the Fiji Sports Council for more than 20 years she now runs a fitness consultancy business with her husband.

Maharaj, who was President of WF for 11 of the past 12 years, "decided to step down after a long and successful leadership role" said the WF statement.

He said the hosting of the 2019 IWF Junior World Championships in Suva had been "the pinnacle of WF's achievements to date".

The treasurer and vice-president also stepped down from the Board and serve as life members, and will continue to play an important part of the future of the sport in Fiji.

"I'm thankful to Atma for having confidence in me and nominating me," said Shaw-Elder.

Among the women who join the Board are two who were involved in netball and one, Helen Seipua, who competed at the 2019 IWF World Junior Championships.