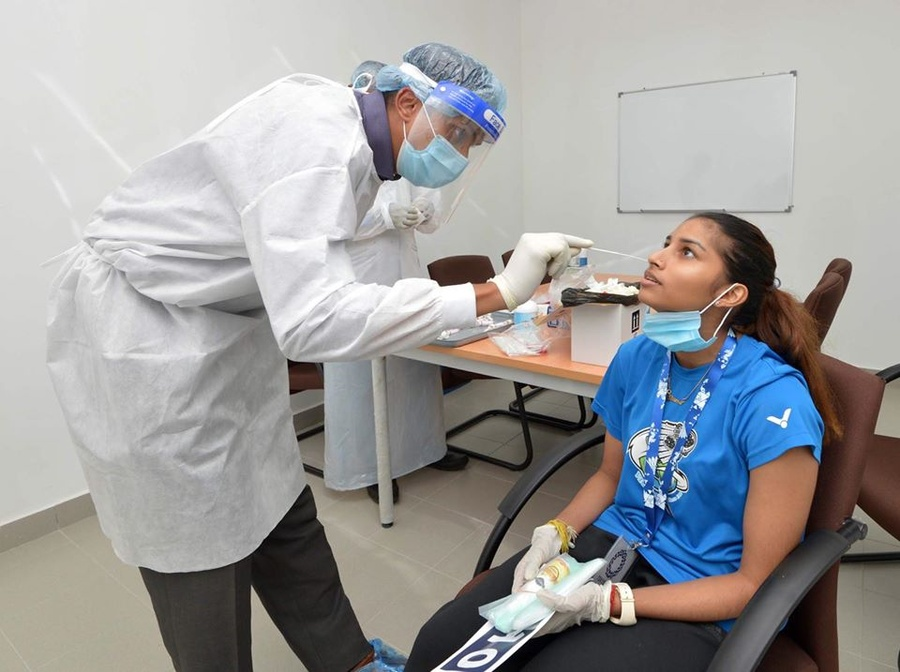 Badminton Association of Malaysia has begun a training camp as it resumes its "Road to Tokyo" as coronavirus restrictions ease.

The national federation told the Olympic Council of Asia that 38 athletes and officials are participating in the training camp.

Athletes and coaches took part in throat swab tests prior to returning to training.

Each of the tests came back negative.

The testing process was overseen by medical staff in full protective uniforms.

Players have been forced to adapt their training during the pandemic, with competitions halted since the All England Open Badminton Championships in March.

Athletes have aimed to keep fit indoors during lockdown, introduced as part of the Government's measures to contain the virus.

Malaysia will now resume training targeting success at the Tokyo 2020 Olympic Games, which have been rescheduled to 2021.

Badminton has proved the country’s most successful Olympic sport, with six silver and two bronze medals won to date.

Lee has now retired from the sport following recovery from nose cancer, but will serve as Malaysia’s Chef de Mission at the Games.

Malaysia is still looking for its maiden Olympic gold medal.