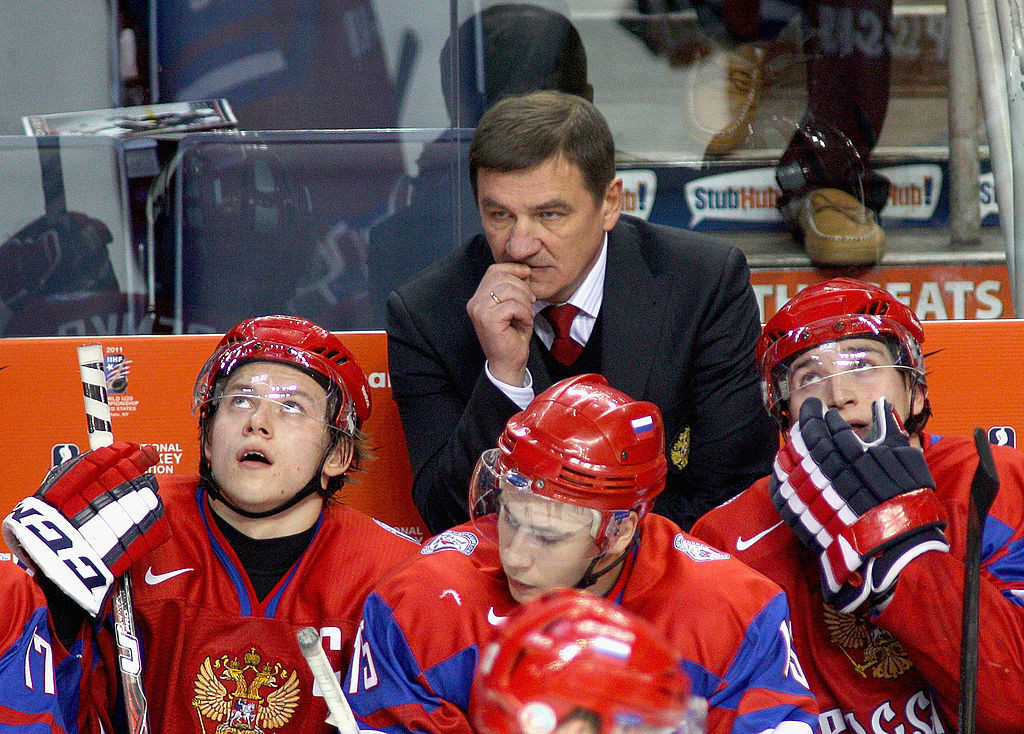 Valeri Bragin has been named as the new head coach of the Russian men's ice hockey team.

Bragin takes up the position having enjoyed considerable success with the country's under-20 squad, which he guided to seven major medals in eight years.

The 64-year-old replaces former Toronto Maple Leafs player Alexei Kudashov, who is moving into a consultant role with the team.

The Ice Hockey Federation of Russia has not revealed the length of Bragin's contract, but he is expected to lead the Russian side when it attempts to defend its Olympic title at Beijing 2022.

"To be the head coach of the national team is a great honour and responsibility," Bragin said.

"A big thank you for the trust of the federation’s leadership.

"The system of work at the men’s national team for the search and selection of candidates, the conditions for the development and preparation of the players is ready.

"Between the national team of all ages there’s a constant connection and continuity.

"Everything works towards a single goal and the achievement of results.

"The system of our work is bearing fruits.

"Especially the results of the junior national teams have become much better than they had been five to seven years before.

"At the same time we have very much work left."