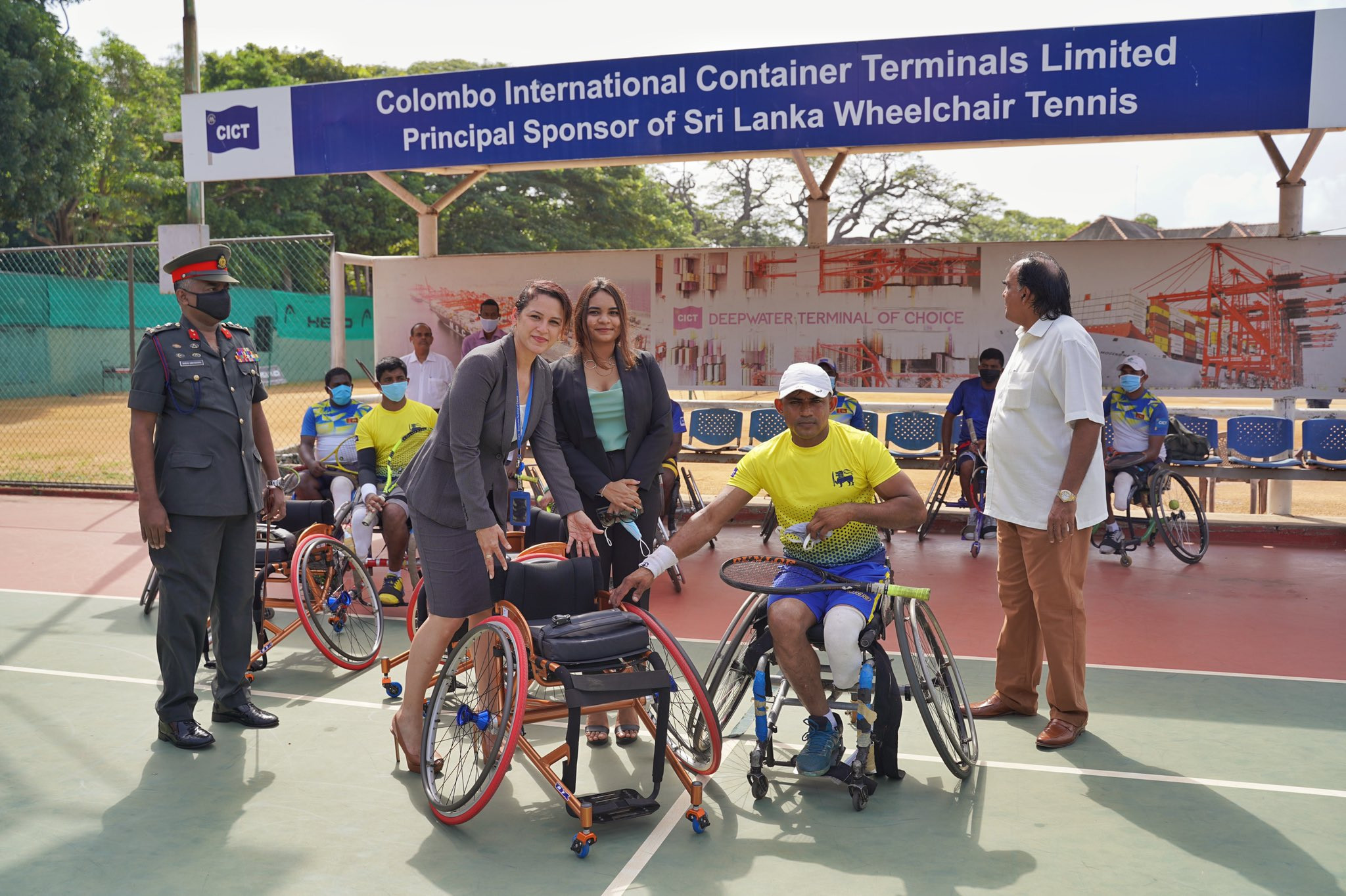 It is part of CICT's continuing support to the Wheelchair Tennis Programme of the Sri Lanka Tennis Association (SLTA) and has given the three professionals titanium chairs.

All three are veterans of the Sri Lanka Army and became para-athletes after sustaining injuries in the civil war in the north of the nation.

The funds were channelled through CGM's Charitable Foundation (CMCF).

Speaking of the donation, CICT chief executive Jack Huang said: "At CICT we have always believed in contributing generously to worthy causes in Sri Lanka, and the development of wheelchair tennis is one of our ongoing commitments.

"Our support to the SLTA has not only enriched the lives of differently-abled sportsmen and women, it has enabled them to bring glory to themselves and the country at international tournaments."

In 2016, CICT also funded the refurbishment of two international standard hard surface courts at the SLTA to develop the sport in the country.

SLTA's Wheelchair Tennis Programme started in 2003 as a rehabilitation for soldiers and now there are 13 wheelchair tennis players from Sri Lanka who have secured international rankings.