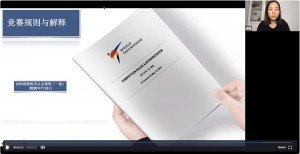 The three two-day courses were held to ensure the sport continues to develop despite the coronavirus pandemic, which has led the governing body to postpone all events until at least the end of July.

The course hosted by Britain was attended by 71 people from 19 member national associations, including representatives from all five continents.

Delegates from China formed the majority of representatives of the second course, hosted by China, while the course in Guatemala was attended by 40 participants from nine member national associations.

The rest of the first day was spent with World Taekwondo educators who covered competition rules.

Coaches who successfully pass the course will be granted a World Taekwondo level one coach certificate issued, which is necessary for officiating at World Taekwondo promoted and recognised competitions from January 1 2021.

Nineteen further courses are scheduled to take place between July and November at both level one and level two, either hosted by World Taekwondo Europe, Asia or Oceania or by national associations, with full details available here.