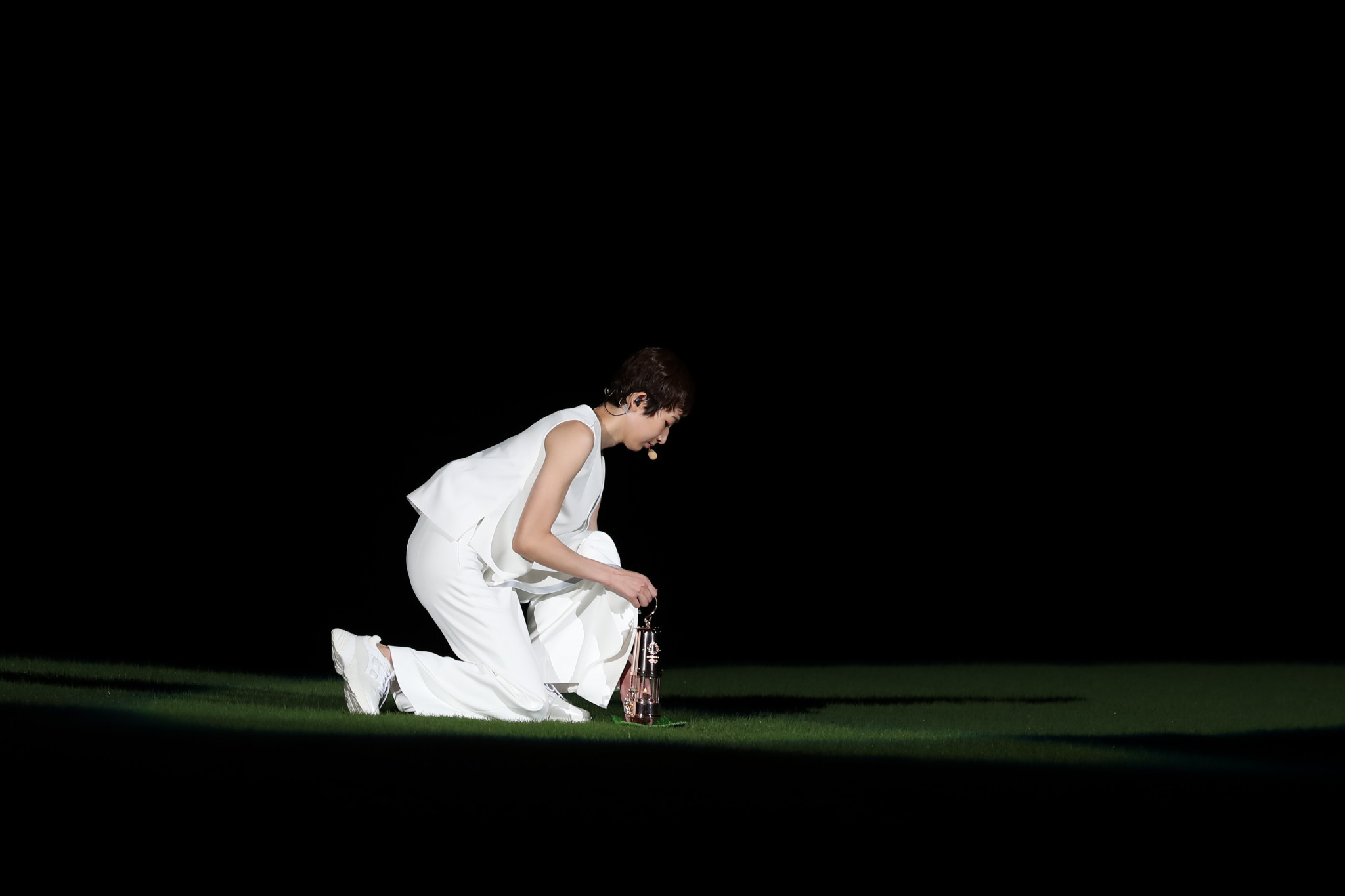 Acknowledging the postponement of the Games to 2021, Ikee was featured in the empty Tokyo Olympic Stadium, speaking of her return to sport after being diagnosed with leukemia in early 2019.

The swimmer remains hopeful of qualifying for the Olympics, having returned to training in March, with the six-time Asian Games gold medallist looking to represent her nation in her home city.

During the broadcast, Ikee spoke about the similarities between her comeback to sport and the pandemic, and urged athletes to bounce back from the disappointment of the postponement.

She mentioned the work of healthcare workers, who helped her survive cancer and are now aiding in the battle against COVID-19, which forced the postponement of the Olympics.

Holding the Olympic Flame, she also asked athletes to not take their hard work and talent for granted – something that she admits to doing before being stricken by cancer.

Our "One Step Forward - +1 Message - TOKYO2020" celebratory event has started.

Japanese swimmer @rikakoikee has entered the Olympic Stadium, guided by the light of the Olympic flame. 🔥

"It was my dream to be part of these Games," said Ikee.

"Seeing such a once-in-a-lifetime goal disappear in front of their eyes, must have given athletes a sense of loss that cannot be put into words.

"I understand what that's like because I experienced the same when I was diagnosed with leukemia.

"The future I took for granted transformed overnight into something completely different."

Ikee explained her love for sport and was soon joined by a "+1" symbol that was emblazoned on the screen, representing the Games taking place a year later than planned.

She added: "Through this experience, I have learned that sport is about more than just athletes.

"It takes the support of many different people to make sport happen – this has never been more true.

"Think of the coming year, not simply as a one-year postponement, but as a plus one.

"To overcome adversity, what we need most is hope – a flame of hope glowing in the distance allows us to keep trying, to keep moving forward no matter how hard it is.

"For me, it was the swimming pool, the thought of swimming in a pool again got me through painful medical treatment.

"I have faith that a year from now the flame of hope will light these very grounds."

Twenty-year-old Ikee won an incredible six gold medals at the 2018 Asian Games in Jakarta, and was set to be a Tokyo 2020 poster athlete for hosts Japan before her diagnosis.

Following her announcement a promotional video played which showed some of the moments in Olympic history where adversity has been defeated.

Ikee narrated the story that she told in the empty stadium.

The "Stronger Together" message was then played by the International Olympic Committee to promote equality and togetherness in light of the postponed Games, while the world deals with the effects of COVID-19.

The full video can be found on the Tokyo 2020 website.

Tokyo 2020 also organised a surprise illumination of some of the venues for the Games, exactly a year before the Opening Ceremony in 2021.

It paid tribute to the healthcare workers who are working to stop the spread of the coronavirus, and also supported athletes preparing for the Games.

The venues were first blue, with the colours of the Olympic Rings – blue, yellow, black, green and red – then featuring.

Tokyo 2020 had pledged to mark their second one year to go countdown on a small scale and without the usual razzmatazz the occasion attracts.

The city's Governor Yuriko Koike was among others to acknowledge the day.

"Response to the novel coronavirus disease is a challenge facing all humankind," she said.

"The Tokyo Metropolitan Government will continue to dedicate its resources to fighting this battle and to delivering a safe Games.

"In addition, while devising ways to curb costs in order to gain the understanding of the people of Tokyo and the rest of Japan, we will ensure that the success of the Games leads to the further development of Tokyo and Japan.

"The Tokyo 2020 Games provide enormous hope for athletes training hard for next summer and for children who hold the future in their hands.

"The local Governments and people of the communities are also engaging in preparations for the Games.

"We will work closely with all parties concerned and advance preparations to hold a successful Games brimming with hope, which will serve as a symbol of humankind bonding even more strongly as the world came together as one to overcome this difficult situation."